Notley ready for a battle over power purchase agreements 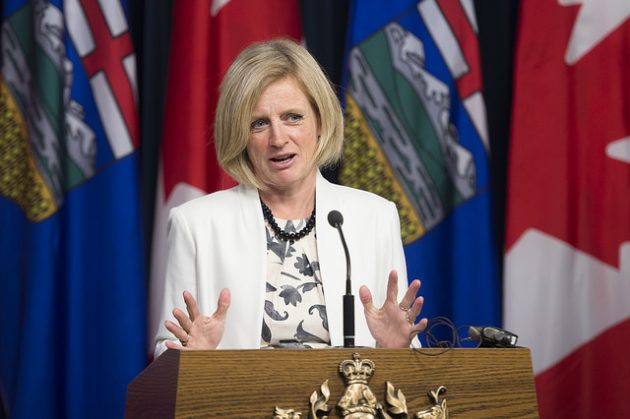 Notley made her first comments about the dispute in an Aug. 24 speech to Unifor union members at their convention in Ottawa.

“When a group of private companies decided to try to off-load onto the people of Alberta up to $2 billion in losses due to decisions that they made under a privatized system that they asked for, they didn’t get the free ride they would have gotten if the Conservatives were still in government,” Notley said to applause.

“Instead, they got themselves a lawsuit.

“Because there’s a new government in Alberta now. A new government that is committed to protecting the public to whom it is ultimately, completely accountable.”

The PPAs form the spine of a deregulated electricity system created under the former Progressive Conservative government of Ralph Klein in 2000 to boost competition and bring in lower prices.

Under the system, power companies buy electricity from generators at auction via the PPAs, then re-sell it to the public with the promise that no matter what happens the generators get a reasonable rate of return.

The power buyers were in turn promised in 2000 they could effectively hand the contracts back if the province enacted changes that made the deals unprofitable or worsened deals that were already unprofitable.

In recent months, the companies have returned or have announced they will return a number of PPAs from coal-fired power plants, which the province says could leave taxpayers on the hook for $2 billion over the next few years.

Other analysts have disputed those figures, saying the hit could be half that or less.

Alberta is moving to end coal-fired electricity by 2030, and the power buyers say that recent hikes to carbon fees on large generators have made the money-losing PPAs more unprofitable, triggering the give-back.

The province has fired back in the lawsuit, saying its own arm’s length energy regulator overstepped its authority in 2000 by allowing companies to ditch unprofitable PPAs just because they are more unprofitable.

They are also contesting that market forces and other actions by the companies, not just the carbon fee hikes, have contributed to the red ink in the PPAs.

The case has its first hearing in court in Edmonton on Nov. 2.

The respondents include Capital Power, Enmax and TransCanada.

The companies, in statements, have raised concerns about the court action, particularly that the province is trying to change deals entered into in good faith.

Opposition politicians say Notley’s government has only itself to blame, by making changes to carbon fees without understanding the implications.

They also say the lawsuit sends the more alarming message to investors that, in Alberta, deals with Notley’s government are subject to retroactive repeal.