About half of the world's Cobalt-60 comes from Ontario nuclear plants. The isotope has been critical during the COVID-19 pandemic for a variety of uses, including sterilization of gloves and testing swabs. 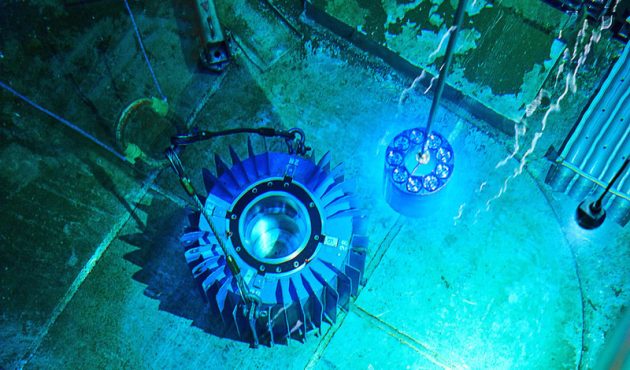 TORONTO— A recent private member’s motion introduced by the Member of Provincial Parliament for Bruce-Grey-Owen Sound, Bill Walker, recognizing Ontario’s role in supplying isotopes, received unanimous support from the Ontario Legislature, according to a statement from the Ontario Power Generation Inc.

The motion acknowledges the role of Ontario’s nuclear power plants and supply chain play in production of a variety of isotopes used for a range of critical functions, including:

About half of the world’s Cobalt-60 comes from Ontario nuclear plants. The isotope has been critical during the COVID-19 pandemic for a variety of uses, including sterilization of gloves and testing swabs.

OPG subsidiary, Laurentis Energy Partners, plans to produce and extract both Molybdenum-99 and Helium-3 at Darlington.

“As we continue to innovate, we will continue to find ways to build capacity and develop uses for much-needed isotopes,” said Gregoris.

Jason Van Wart, Laurentis Energy Partners Vice President also stated in a press release that millions of people enjoy a healthier and a safer quality of life because of the isotopes generated from Ontario’s CANDU nuclear power plants.

“Laurentis is proud to be a vital partner and leader in the production of various isotopes for Ontario, Canada, and the world, ” said Van Wart.