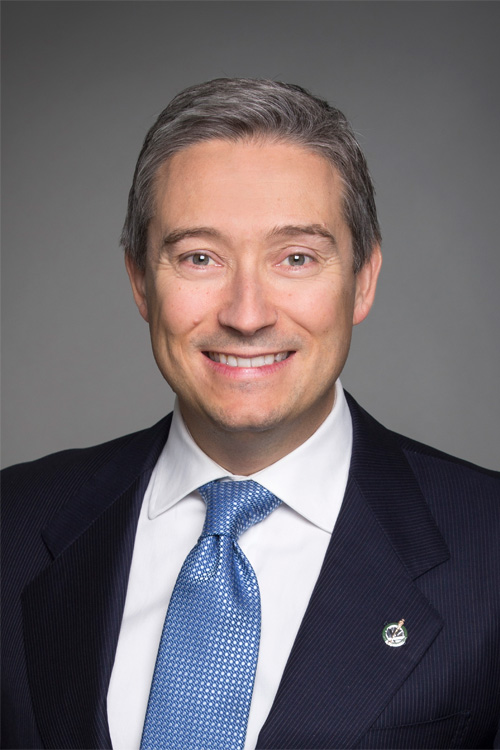 OTTAWA— Minister of Innovation, Science and Industry, François-Philippe Champagne, concluded visits to three German cities and to Brussels and Paris, where he met with governmental counterparts and business leaders in key sectors.

Minister Champagne began his trip in Germany, where he met with corporate leaders and stakeholders in Frankfurt, Stuttgart and Munich. He promoted Canada as a hub of expertise and talent for zero-emission vehicles  manufacturing, electric vehicle research and battery, fuel cell and hydrogen production.

The Minister highlighted the policies the government of Canada has put in place, including the Net Zero Accelerator, to support the development of the full supply chain for electric vehicles and clean technologies in Canada, from the mining of critical minerals to the recycling of batteries.

In Brussels, Minister Champagne met with his European Union counterpart, Thierry Breton, Commissioner for Internal Market. Following up on the Canada–EU summit in June 2021, the Minister and the Commissioner discussed ways to deepen trade and scientific ties between Canada and EU member states. The Minister also met with senior representatives of the European Commission to discuss a wide range of areas of cooperation, including industrial policy and the digital economy.

In Paris, Minister Champagne highlighted Canada’s leadership role in the responsible development of artificial intelligence and in championing international collaboration in this rapidly evolving area of technology. He participated in the Global Partnership on Artificial Intelligence Paris Summit, where he met with counterparts from GPAI’s 19 member countries and leading experts in AI.

Minister Champagne held a bilateral meeting with Cédric O, France’s Minister of State for the Digital Transition and Electronic Communications, to discuss the handover of GPAI’s chairmanship from Canada to France. During the summit, Minister Champagne highlighted the progress that has been made in GPAI’s first year during Canada’s chairmanship, including examining how AI can be used to address complex global challenges such as the COVID-19 pandemic and climate change.

Minister Champagne met with Mathias Cormann, Secretary General of the Organization for Economic Co-operation and Development (OECD) in Paris to discuss joint priorities, such as the economic recovery from the COVID-19 pandemic, digitalization, a way forward on trusted government access, and climate change.

Minister Champagne also met with corporate leaders in Paris to discuss opportunities for partnership and investment in sectors across Canada.