The nuclear power operator is seeking approval to produce isotopes that can be used to power space probes, as early as 2020 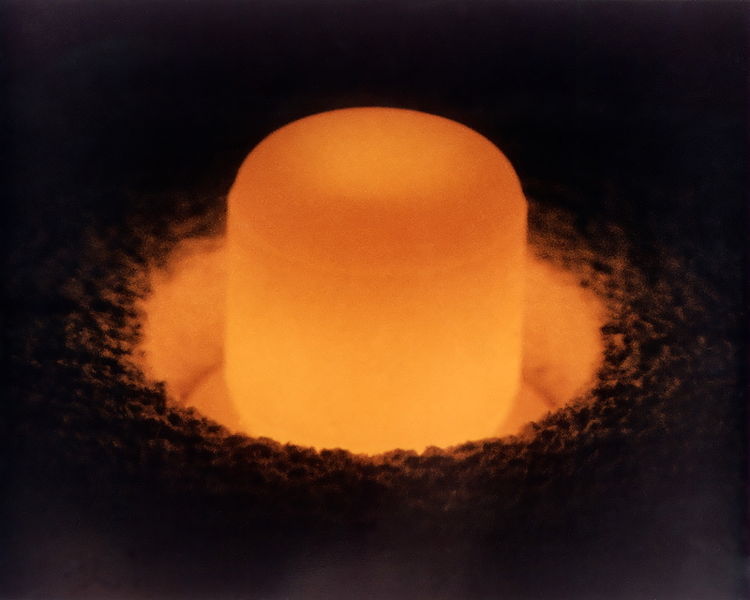 Plutonium-238 emits a steady, predictable and slowly-decreasing heat, making it a reliable source of fuel for spacecraft. PHOTO: United States Department of Energy

TORONTO—Ontario nuclear power is set to play a pivotal role in the future of space exploration.

Ontario Power Generation (OPG) and its venture arm, Canadian Nuclear Partners, are participating in a project to produce isotopes in support of deep space missions. Under the agreement, OPG would create isotopes at its Darlington nuclear station, east of Toronto, that will help power space probes.

The isotope used to power probes and other space exploration vehicles is called plutonium-238 (Pu-238). This material emits steady heat due to its natural radioactive decay. The heat generated deceases slowly in a predictable manner and can be harnessed into electric energy onboard a spaceship. The heat from the material also keeps scientific instruments warm enough to function in space

Pu-238 can’t sustain nuclear reaction, so it can’t be used as fuel in a reactor or as a nuclear weapon. With such limited application, the isotope could provide a reliable source of fuel for spacecraft in the future. The global supply of Pu-238 is currently dwindling, but this is an issue OPG hopes to rectify.

OPG is seeking approvals to begin Pu-238 production at the Darlington station in 2020.

“This project is just another example of the broad economic and societal benefits of nuclear power. It provides clean, low-cost power, it helps in the medical world, and if successful can be a part of the next generation of space travel,” said Jeff Lyash, OPG president and CEO.