The cutting-edge concept vehicle incorporates a slew of futuristic components, such as an electric engine in each wheel and energy-storing supercapacitors in place of lithium-ion batteries 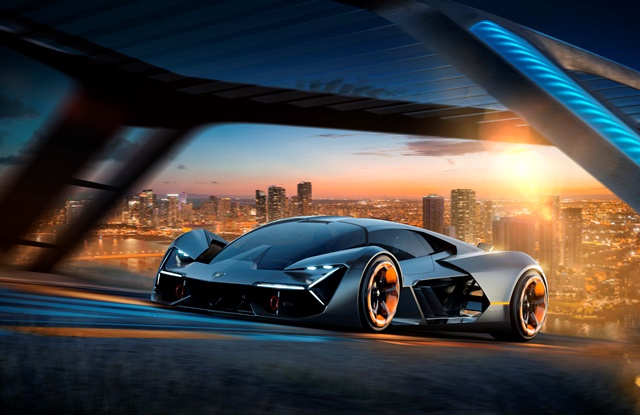 The company’s chairman and CEO Stefano Domenicali said the project aims to “write an important page” in the future of supercars. PHOTO: Lamborghini

BOLOGNA, Italy—Automobili Lamborghini is teaming up with the Massachusetts Institute of Technology to test the electric vehicle waters with a new state-of-the-art concept car.

Though it’s still very much confined to the drawing board and research lab, the vehicle includes some far-reaching new technologies—none more revolutionary than its replacing now run-of-the-mill lithium-ion batteries with supercapacitors.

The Italian luxury automaker disclosed the partnership with the American university known for its engineering talent earlier this week, with the company’s chairman and CEO Stefano Domenicali saying the project aims to “write an important page” in the future of supercars. 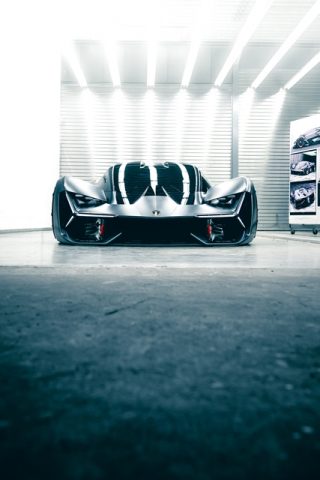 The automaker is working with MIT on the supercar concept. PHOTO: Lamborghini

The vehicle, introduced as the Terzo Millennio—or less profound sounding Third Millennium in English—is the latest in a long line of electric concepts unveiled by well-established automakers working to re-brand in a world moving away from internal combustion engines. Refreshingly, however, the Terzo Millennio is not simply a luxurious rehash of existing technology, but a bold early design that brings a number of potentially transformative concepts to the table.

By going from gas-powered engines to supercapacitors—leapfrogging lithium-ion batteries—Lamborghini could pioneer the wider use of the technology that generally uses carbon nanotubes to store energy. Supercapacitors have already found their way into vehicles in a limited capacity, including the V12 Lamborghini Aventador, but powering a car’s drivetrain is a very different task.

In general, supercapacitors are seen as a potential alternative to batteries; they store energy electrostatically as opposed to through chemical reactions. While they’re able to “charge” much more quickly than conventional batteries and can cycle thousands of times without damage to their capacity—translating to a long lifespan—their main drawback currently is their low energy density.

Mircea Dinca, a chemistry professor at MIT, is leading a project aimed at improving the density of supercapacitors to close the gap on conventional batteries.

Meanwhile, MIT mechanical engineering professor Anastasios John Hart is researching how to turn the entirety of the Terzo Millennio’s lightweight carbon fiber shell into an energy storage device—essentially converting it to a rolling series of supercapacitors, which would power individual electric engines incorporated into each of the vehicle’s wheels.

Lamborghini is also working on a “self-healing” monitoring system that would give the car the ability to look for minor damage, such as substructure cracks, and carry out repairs itself “via micro-channels filled with healing chemistries.” The company said this would allow for the further lightweighting of high-fatigue parts.