No moose for you: Moosehead files infringement suit against U.S. microbrewer

Moosehead said that a Vermont brewpub has been using its trademarks on promotional materials and related consumer products, and wants it to stop 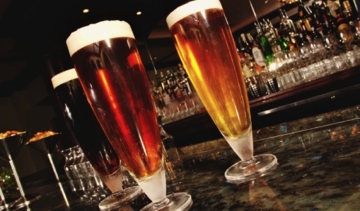 Moosehead said in the lawsuit that it had made repeated and numerous demands to Hop’n Moose owner Dale Patterson to cease using its trademarks, to no avail.

SAINT JOHN, N.B.—Canada’s largest independent brewery is once again locking horns with a smaller competitor in a trademark dispute over its moose-themed names and logos.

Moosehead Breweries has filed a trademark infringement lawsuit against the Hop’n Moose Brewing Co. in Rutland, Vt., arguing that the brewpub’s similarity in name and logos could create confusion and damage the Moosehead brand.

“As a family-owned company, Moosehead Breweries respects and supports the efforts of small business owners everywhere,” Moosehead said in an emailed statement.

“It is, however, incumbent on us to protect our business interests, including our corporate trademarks.”

In court documents, Moosehead said it owns multiple U.S. trademark registrations for the words “moose” and “moosehead” as well as images of the head and antlers of a moose.

The New Brunswick-based brewery said its moose family of trademarks have been in use since at least the late 1970s in the United States in connection to its beer brands and consumer products, which include a variety of drinking glasses, apparel, posters, stickers, playing cards and pens.

Hop’n Moose opened in 2014 and recently began canning its beer, which is sold in about 15 nearby stores. In court documents, Moosehead said that the Vermont brewpub has also been using its trademarks on promotional materials and related consumer products since the business first opened its doors.

Moosehead said in the lawsuit that it had made repeated and numerous demands to Hop’n Moose owner Dale Patterson to cease using its trademarks, to no avail.

“When faced with issues of trademark violation, litigation is always a last resort,” Moosehead said.

“We always—as we did in this case—attempt to work out resolutions with any breweries considered to be violating Moosehead trademarks.”

The brewer added, “we remain open to further discussions.”

This isn’t the first time a small brewer has attracted the ire of Moosehead.

Last year, Moosehead informed Regina’s District Brewery that it opposed the name of District’s flagship beer, Mues Knuckle, pronounced Moose Knuckle _ again arguing the name is confusingly similar to its own and infringes on its trademark name.

District Brewery president Jay Cooke said at the time there is no photo of a moose on its product and the name, which has a German spelling, distinguishes it from Moosehead.

In 2002, Moosehead won its U.S. trademark dispute with an Idaho brewery looking to add the name ”moose” to one of its products. After a five-year battle, Grand Teton Brewing Co. discontinued production of its Moose Juice Stout.