by Canadian Manufacturing.com Staff, with files from The Canadian Press  May 13, 2016 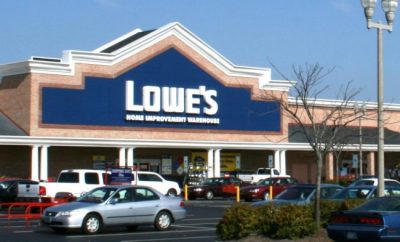 Lowe’s, which entered the Canadian market in 2007, proposed the $3.2 billion acquisition of home improvement rival Rona in February. PHOTO: By Ildar Sagdejev, via Wikimedia Commons

The federal competition watchdog said May 12 that the acquisition by the U.S. company won’t limit consumer choice, while the deal was granted approval under the Investment Canada Act.

The $3.2 billion agreement was overwhelmingly approved by the Boucherville, Que. home improvement chain’s shareholders in March, but it also stirred some degree of nationalist sentiment, particularly from Pierre Karl Peladeau, the Parti Quebecois leader at the time.

Lowe’s entered the Canadian market in 2007 and had 42 stores in British Columbia, Alberta, Saskatchewan and Ontario when the $3.2-billion deal was announced in February.

Rona has 496 corporate and dealer-owned stores across Canada, including 238 in Quebec.

Having secured both approvals, Lowe’s said the way is clear to complete the acquisition.

“We are very pleased that Canadian regulatory agencies have authorized the transaction and we look forward to the benefits it will bring to stakeholders across the country,” Sylvain Prud’homme, president of Lowe’s Canada, said. “We have made significant commitments to the Canadian market overall, to Quebec and to the communities in which the company operates.”

According to the government of Canada, Lowe’s has agreed to maintain the Rona company headquarters in Boucherville, Quebec, as well as ensure a significant number of Canadians maintain senior management positions within the company following the acquisition.

The home improvement chains expect to close the deal May 20.