Lowe’s to buy Canadian home improvement rival Rona for $3.2B

Acquisition cleared by both companies' management, but will require regulatory, shareholder approval 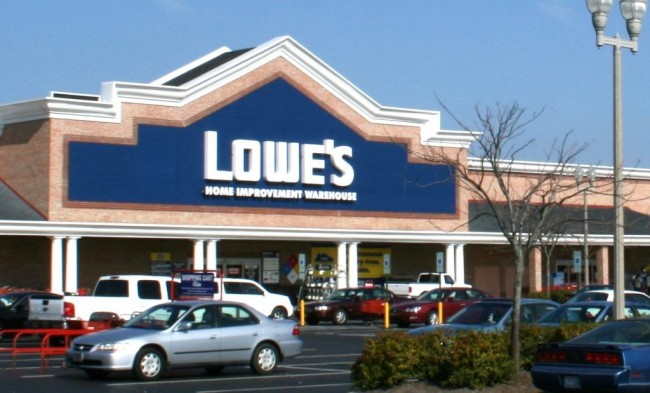 Lowe’s first attempted to take over the home improvement chain several years ago. PHOTO: By Ildar Sagdejev, via Wikimedia Commons

The friendly deal would make Lowe’s the Canadian leader among home improvement retailers.

The directors and management of both companies support the deal, although it would require various approvals.

Lowe’s approached Rona several years ago with a similar takeover offer but that attempt failed amid opposition by the Quebec government of the day and a large number of Rona’s independent dealers.

“We believe the time is right to take the next step in the evolution of the Rona family,” Rona chairman Robert Chevrier said in a statement Wednesday morning.

“The team at Lowe’s has presented us with an excellent plan that enables our company to maintain its brand power while at the same time leveraging Lowe’s global presence to build upon and expand our reach.”

Chevrier also that Lowe’s has made commitments to the Canadian company’s employees, suppliers and independent dealers.

The Montreal-area company employs about 17,000 people directly across Canada and its affiliated dealers employ a further 5,000.

For shareholders, Lowe’s is offering $24 cash per share of Rona—about double what the stock was worth at the end of trading on Tuesday before the announcement.

“The strategic rationale of this transaction, for both companies, is very compelling,” said Robert Niblock, Lowe’s chairman, president and chief executive.

Among other things, Niblock said the deal will give Lowe’s its first presence in Quebec, Canada’s second-biggest provincial economy and population, where Rona is the market leader.

Lowe’s already has a presence in Ontario and other parts of Canada, but trails Rona and U.S.-based Home Depot in terms of locations. In the United States, it’s the No. 2 home improvement retailer after Home Depot.

In total, Rona has nearly 500 stores owned by the Montreal-area company and independent affiliated dealers across Canada. It also has nine distribution centres and a head office in Boucherville, Que., in the South Shore region near Montreal.