With crews preparing for the uphill battle to rebuild the city, the oil industry is working to restart pipelines and get production back online 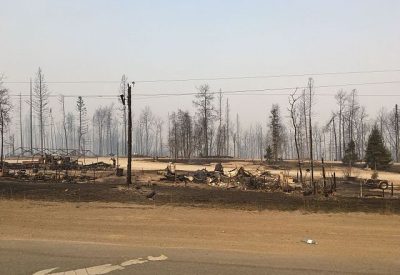 The wildfires left a trail of destruction as they tore through the city, leaving nearly 2,500 buildings destroyed. PHOTO: jasonwoodhead23, via Flickr

Ben Dutton at the Casman Group of Companies says he has crews heading up to the major oilsands sites north of the city to help clean up and get ventilation and electrical systems back online.

The CEO of the Fort McMurray-based construction and labour firm says getting oilsands operations running is a key first step to the long-term restoration of the community.

“The oilsands operations are critical to the existence of Fort McMurray, they’re critical to the GDP of Alberta,” said Dutton. “There’s a massive industrial commercial enterprise up there that we need to get back online for everyone.” 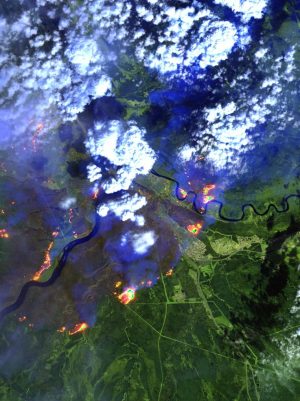 The Fort McMurray rebuild by the numbers:

Workers can already start work on the oilsands projects because they were largely untouched by the wildfires. But Dutton says he thinks it will be weeks before he can get into Fort McMurray to begin the rebuilding process.

The Alberta Emergency Management Agency says 550 staff with utility company Atco have been dispatched to Fort McMurray to restore the critical natural gas, electricity and water infrastructure needed to get the city ready for the bigger cleanup efforts. It’s not clear how long it will be before those services are back online.

Spirit Staffing & Consulting is filling about 500 job openings on behalf of a major disaster recovery firm that is getting ready to enter Fort McMurray.

The company hosted a hiring fair in Edmonton this week and about 1,300 people applied for the positions, with another 600 applications coming into their Calgary office, said Spirit co-owner Beatrice Floch.

She said she expects the workers will be among the first allowed into the community once it’s deemed safe for non-essential personnel.

Spirit’s client, which Floch declined to name, has already booked 1,400 beds for workers in camps near Fort McMurray, she said.

Housing workers will be one of the biggest challenges as restoration efforts get fully underway, said Dutton.

There could be conflicts between those looking for short-term and long-term accommodation, he said, but he’s optimistic that will be resolved.

“Hopefully after 60 days or so, some of the excitement will die down and it will be less about people trying to shoehorn their own commercial interests into the community and we’ll actually have a co-ordinated effort to clean up and rebuild.”

He said he’s pushing the municipal and provincial governments to help co-ordinate who comes into the community and who does what task. That’s something Jim Rivait, CEO of the Alberta branch of the Canadian Home Builders’ Association, is also advocating for. 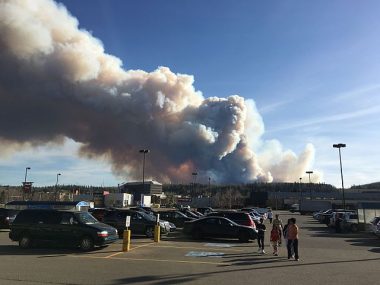 More than 80,000 residents were evacuated from Fort McMuray as wildfires claimed about 10 per cent of the city. PHOTO: Jason Woodhead, via Flickr

“You can’t just start 2,000 houses all at once, there’s absolutely no way,” said Rivait.

He said there were some failed efforts to co-ordinate the rebuilding of Slave Lake after its disastrous wildfire in May 2011.

“It didn’t work out so well,” he said. “It just became everyone for themselves.”

He said there needs to be strong leadership from governments to avoid that, as contractors from across Canada look at opportunities in Fort McMurray.

“We’ve had interest from all over the country,” he said. “People calling from Newfoundland and P.E.I. wanting to set up and start building.”

Along with co-ordinating efforts, Rivait said people will have to be patient and realistic about timelines for rebuilding.

A house takes about six months to build and dealing with insurance companies adds to that timeline, he said.

And before rebuilding starts, the city has to clear the debris from the roughly 2,400 buildings destroyed in the wildfire.

“This is unprecedented,” said Rivait. “That’s why the need for communication and co-ordination so important.”

As crews weigh the logistics of rebuilding the city, the oil industry is working to restart pipelines and get production back online. Enbridge has vowed to resume oilsands shipments within days, as Shell, Suncor and other industry players have either resumed production or are working to do so within the next few days.