The Ontario PC leader owns a Toronto label making business, which he said he will put in a blind trust. However, one expert argues Ford can still get income from the company, and thus benefit from his proposed corporate tax cut 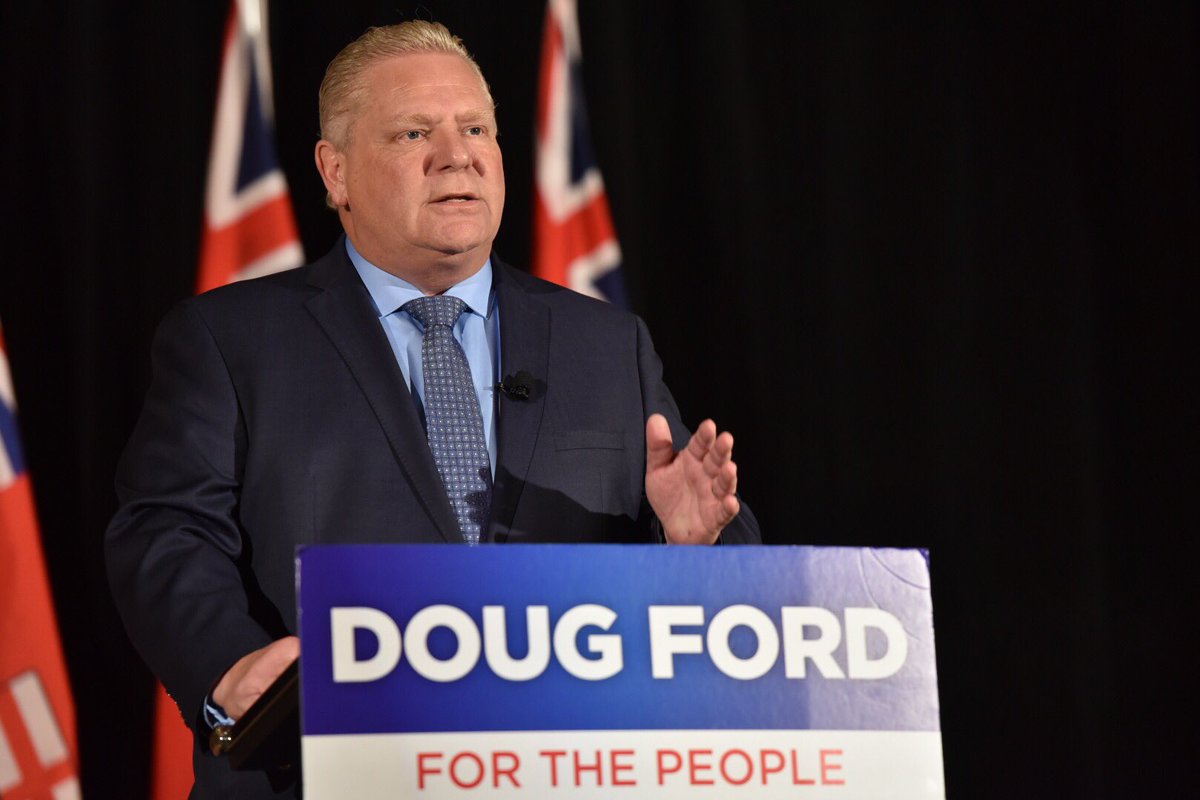 TORONTO—Ontario’s Progressive Conservative leader acknowledged Thursday that his company would benefit, although “probably very little,” from his proposal to cut corporate taxes, but said he would not personally stand to gain anything.

Doug Ford, a businessman and former Toronto city councillor whose family owns and operates Deco Labels and Tags, has promised to cut the provincial corporate tax by one percentage point if the Tories are elected to power this spring.

But Ford stressed it would bring him no advantage because he plans to put the company—which he co-owns with his brother, Randy—in a blind trust, a step meant to avoid conflicts of interests when business leaders are elected to office.

“I don’t benefit a penny … if anything I’m losing money doing this job,” he said.

Putting Deco in a blind trust would mean Ford would no longer be involved in managing the company, nor would he know who is doing it on his behalf, said Jonathan Farrar, an accounting professor at Toronto’s Ryerson University.

“But he can still get some of the income from the company, so if there’s a lower corporate tax (rate) he’ll still be getting perhaps more income,” Farrar said.

The Tories have said cutting the corporate tax rate from 11.5 per cent to 10.5 per cent would stimulate job growth and lure more businesses to the province.

The governing Liberals said Thursday they would keep the tax rate the same, noting that it is already one of the lowest in Canada. The New Democrats, meanwhile, have said they would raise it to 13 per cent to fund services.

Ontario’s economic development minister said the province has already cut the small business tax rate to help ease the transition to a higher minimum wage, but said Ford’s plan favours those who are already among the most profitable in the province.

“I think it’s a little bit disturbing that one of the first promises he’s making is something that would directly benefit him and the business that his family operates,” Steven Del Duca said.

“But I think more importantly than that, for the people of Ontario, I think this announcement to put more money into the pockets of big business and to deny those who are working hard to get through their day-to-day lives, I think that clearly illustrates what Doug Ford’s values are,” he said. “We see now clearly whose side he’s on.”

Premier Kathleen Wynne said Ford’s promises to cut corporate taxes and halt a planned minimum wage hike set to take effect next year show he doesn’t stand up for the average person, despite what he says.

The premier’s comments came a day after she compared Ford to U.S. President Donald Trump, a move the Tories suggested could compromise delicate NAFTA negotiations.

Wynne brushed off that suggestion Thursday, saying she has worked hard to cultivate ties with the U.S. during her tenure.

“There is no doubt in anyone’s mind in the United States that Ontario is open for business, that we want an open trading relationship. I have made that very, very clear,” she said.