Ford told an audience that steel and aluminum tariffs hurt jobs on both sides of the border, pointing to the auto industry's interconnected supply chain as an example 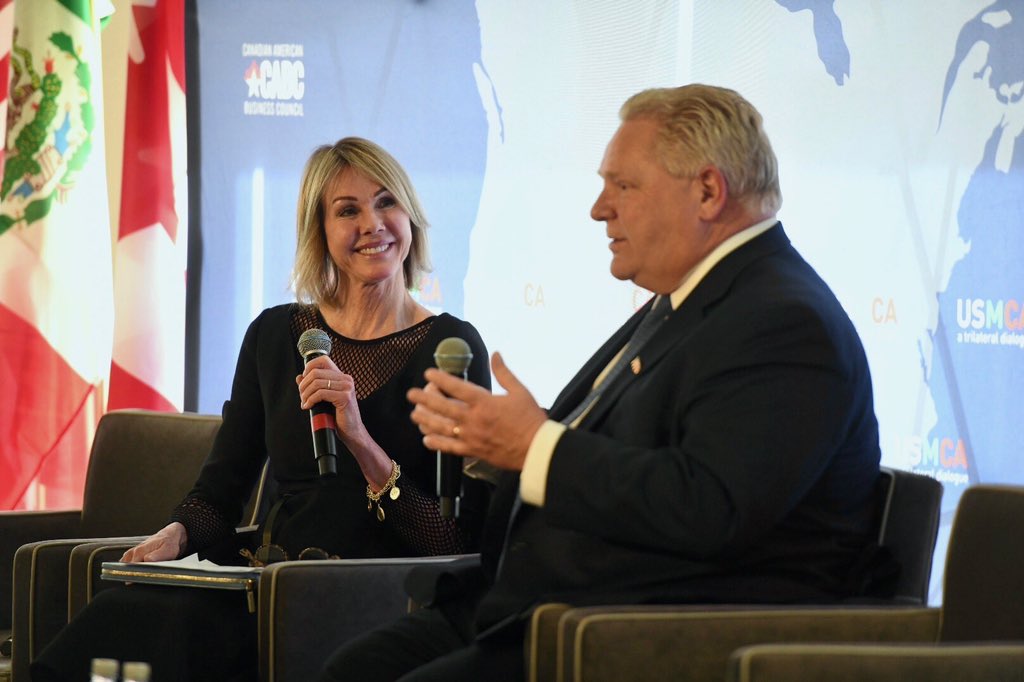 Ontario’s premier told an audience in Washington, D.C., on Thursday that steel and aluminum tariffs imposed by the American government hurt the U.S. more than Canada.

Doug Ford made the comments during an fireside chat with Kelly Craft, the U.S. Ambassador to Canada, at an event organized by the Canadian American Business Council.

“To be very frank, it’s hurting the U.S. more than it’s even hurting Canada,” he said. “For every job that they think they’re creating (with the tariffs), they’re losing 16 jobs.”

U.S. President Donald Trump imposed a 25 per cent tariff on Canadian and Mexican steel and 10 per cent levy on aluminum last year, as negotiations for a new North American trade deal were underway. The American commerce secretary has said they were designed to address the world’s overproduction and overcapacity of the metals.

Ford noted that the decision hurts jobs on both sides of the border, and cited the North American auto industry’s interconnected supply chain as an example.

“When we ship a part, some parts go back and forth across the border eight times,” Ford said. “And every time they go across they’re getting dinged.”

Ford said he planned to raise the issue of tariffs during a meeting in Washington this week with U.S. Trade Representative Robert Lighthizer.

“We’re going to meet with the ambassador, and again, encourage him,” he said. “We’re just provincial … (but) for 19 states, their largest trading partner is Ontario.”

Two-way merchandise trade between Ontario and the U.S. in 2017 totalled $390 billion.

Ford’s office said the premier will meet with Lighthizer Friday afternoon to ask him to end what they described as “job-killing tariffs.”

Ottawa has applied retaliatory tariffs on $16.6-billion worth of U.S. imports of steel, aluminum and other products, and has announced a financial aid package for industries caught in the crossfire, including up to $2 billion in new funding and support for workers in steel, aluminum and manufacturing sectors.

Ford’s three-day trip to the U.S. capital is a joint mission with the premiers of New Brunswick and Saskatchewan.

New Brunswick Premier Blaine Higgs said he would be pushing for tariffs on softwood lumber produced in his province to be dropped.

“The United States buys more of our goods than anyone else in the world. I know we have a lot of struggles on the border these days, but I think we can’t lose sight of the fact they are our largest trading partner by far,” Higgs said.

“I don’t think people understand well the tremendous interconnections we have in the forestry business in New Brunswick and Maine.”