Rio Tinto unearths 187.7 carat diamond in NWT, one of Canada’s largest ever 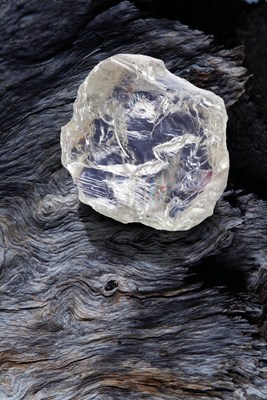 LONDON—Several weeks after a Canadian mining firm recovered the second-largest diamond ever discovered, U.K.-based Rio Tinto has unearthed one of the largest diamonds ever found within Canadian borders.

The 187.7 carat gem-quality rough diamond, which has been dubbed the Diavik Foxfire, was discovered at the Diavik Diamond Mine, which is 220 kilometres south of the Arctic Circle in Northwest Territories’ North Slave region.

“We are delighted to showcase this exceptional, two billion-year-old Canadian diamond,” managing director of Rio Tinto Diamonds, Jean-Marc Lieberherr said. “Its ancient beginnings, together with the fortitude, finesse and innovative technology required to unearth a diamond in the challenging sub-arctic environment, make it a true miracle of nature.”

Rio Tinto owns a 60 per cent stake in the Diavik Diamond Mine, which began operations in 2003 and has since yielded six to seven million carats of large, white diamonds annually. 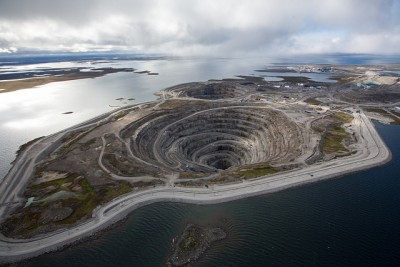 Rio Tinto owns a 60 per cent interest in the Northwest Territoy mine. PHOTO: Rio Tinto

“In a landscape so pristine and precious to traditional lifestyles, we have seen and continue to see an inspired collaboration between local indigenous people and a modern mining company,” the mine’s president and CEO, Marc Cameron, said.

The stone will be showcased in London before making the journey to Antwerp for careful assessment. Rio Tinto said it is likely the 187.7 carat rough diamond will yield at least one very large polished diamond.