Snowmobile maker BRP to freeze workers’ pay for three to five years as it invests $118M in Que. facility 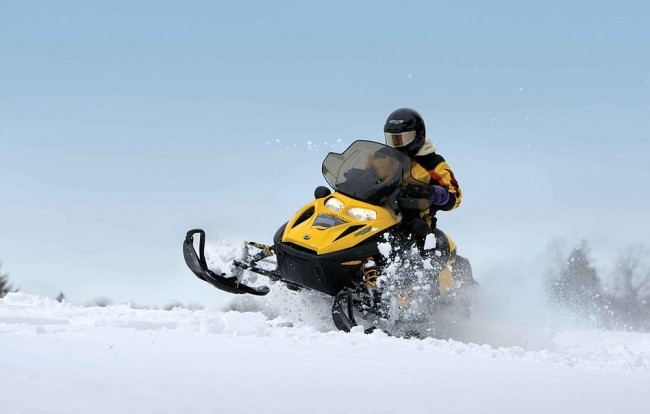 The snowmobile maker said it is investing $118 million in its Valcourt operations over five years. PHOTO: Skeezix1000, via Wikimedia Commons

VALCOURT, Que—Ski-Doo maker, BRP Inc. has announced plans to modernize its Valcourt, Que. manufacturing activities with a $118 million investment over the next five years. But as the snowmobile and and water scooter company strengthens the Quebec facility’s expertise in development, manufacturing as well as research and design, 60 per cent of the firm’s Valcourt employees will see their wages frozen for three to five years.

“In recent years, globalization and the growing pressure of the competition in our markets have led us to relocate a number of our operations to Mexico,” the company’s president and CEO, José Boisjoli told employees Dec. 2. “These same factors are urging us today to make an in-depth review of our methods.

“In order for us to have the necessary agility to remain competitive and consolidate the role of our Centre of expertise in design, research, development and manufacturing operations in Valcourt, and to ensure that our investments generate the anticipated benefits, they must be accompanied by an overhaul of our working conditions in areas where market deviations are too great.”

The pay freeze will hit employees working in the manufacturing, technical and administrative sectors of the plant, or approximately 60 per cent of the facility’s total staff. Management said the three to five year pay freeze will maintain quality jobs in the long term and take effect Feb 1. of next year.

BRP also noted an analysis of the company’s operations showed its workers in Quebec have a higher salary than employees at the firm’s North American competitors or comparable Quebec companies outside Montreal.

“With these investments, BRP aims to provide its Eastern Townships facilities with cutting-edge tools and technologies to further increase its efficiency and its talent in terms of innovation, engineering and manufacturing, all while keeping quality jobs in Quebec,” Boisjoli said.