Flight caps a strong first seven months of 2017 for Bombardier; company now has 370 firm orders for its mid-size passenger jet 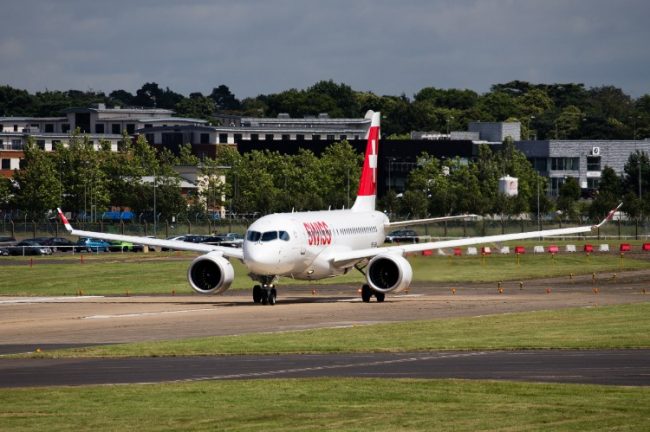 The long-awaited flight, which came more than two and a half years behind schedule, as well as about $2 billion over initial cost estimates, marks what Bombardier Inc. hopes will be the end of a turbulent ride for its controversial commercial jet program.

“We salute SWISS on the CS100 aircraft’s successful entry-into-service and thank the airline for its outstanding support to the C Series aircraft program,” Fred Cromer, president, of the company’s Commercial Aircraft division, said. “We also congratulate all the employees and suppliers who have worked tirelessly to bring us to this great milestone.”

Following several big-ticket orders announced earlier this year from Delta Air Lines and Air Canada, Bombardier now has 370 firm order for its CSeries jets. The company said it connected with a number of senior aviation industry executives at the Farnborough Airshow in the U.K. last week, but it failed to post any new orders.