The new electric vehicle is the company's first aimed at the mass market. It can travel 215 miles on one charge and will sell for about US$35,000 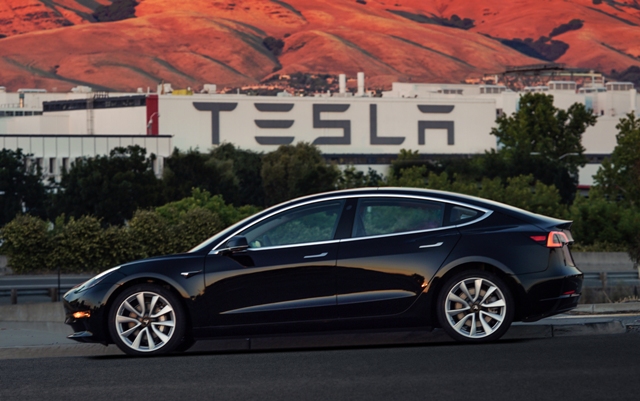 The first of the electric vehicle’s Model 3 sedans outside its production plant in Fremont, Calif. The inaugural model belongs to CEO Elon Musk, according to Bloomberg. PHOTO: Tesla

The new model comes after a bad week for Tesla’s stock price.

Shares fell roughly 14 per cent after Musk tweeted that deliveries of the company’s other two models—the Model S sedan and Model X SUV—were at the low-end of the company’s projections in the first half of this year. Musk also said the company would make 20,000 Model 3s in December, below previous estimates.

Musk earlier had said Tesla would make 10,000 Model 3s per week by December.

Musk also has said the Palo Alto, California-based company will hold a party to hand over the first 30 Model 3s to customers on July 28.

Tesla expects to produce 100 cars in August and more than 1,500 in September, Musk tweeted earlier.