Tesla ahead of schedule on new Model 3, will start production this week

CEO Elon Musk said Tesla will hand over the keys to the first of its mass market electric vehicles this month, seemingly erasing fears the new car program would face major delays 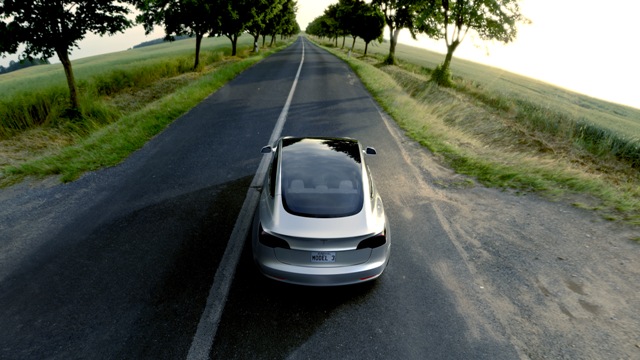 With a price tag of about $35,000 the Model 3 is the U.S. automaker’s first car designed for the mass market. PHOTO: Alexis Georgeson/Tesla

NEW YORK—The first Tesla Model 3 electric car for the masses should come off the assembly line this week with the first deliveries in late July, the company’s CEO says.

In several Twitter messages early July 3, Elon Musk said the new car passed all government regulatory requirements for production to begin two weeks ahead of schedule. The company plans to hold a party to hand over the first 30 Model 3s to customers on July 28, Musk wrote in a tweet.

Musk tweeted that the company expects to produce 100 cars in August and more than 1,500 in September. “Looks like we can reach 20,000 Model 3 cars per month in December,” he wrote.

That figure is less than previous estimates. Musk earlier had said Tesla would make 10,000 Model 3s per week by December.

Tesla also said Monday that it delivered about 22,000 vehicles in the second quarter, bringing first-half deliveries to about 47,100.

That’s at the low end of the company’s prediction earlier this year of 47,000 to 50,000 Model S sedan and Model X SUV deliveries in the first half, as much as a 71 per cent increase over a year ago.

Tesla said that as long as global economic conditions don’t worsen considerably, it is confident that second-half Model S and Model X deliveries are likely to exceed deliveries in the first half.

Musk’s tweets about the Model 3 appear to erase doubts that Tesla would be able to meet deadlines for mass producing the cars, which is key to the company making money. Previously it has faced delays in getting vehicles to market. The Palo Alto, California-based company aims to make 10,000 Model 3s per week in 2018.

Tesla hasn’t said how many people have put down $1,000 refundable deposits for the Model 3, but Musk has said people who put down a deposit now won’t get a car until the end of 2018, suggesting it could be close to 500,000.

Even if the Model 3 is on time, servicing all those vehicles will still be a challenge. Model S and Model X owners are already worried about having to share Tesla’s company-owned charging stations with an influx of new cars. And while Tesla is promising to increase its network of stores and service centres by 30 per cent this year, it began 2017 with just 250 service centres worldwide. That leaves many potential owners miles from a service centre.

Musk has said a new fleet of mobile service trucks will be deployed to help customers who are far from service centres. Tesla also plans to double its global high-speed charging points to 10,000 by the end of this year and increase them by another 50 per cent-100 per cent in 2018.

Until recently, Tesla owned the market for fully-electric vehicles that can go 200 miles (322 kilometres) or more on a charge. But that’s changing. GM beat Tesla to the mass market with the Chevrolet Bolt, a $36,000 car that goes 238 miles (about 383 kilometres) per charge. Audi plans to introduce an electric SUV with 300 miles (483 kilometres) of range next year; Ford will have one by 2020. Volkswagen plans more than 30 electric vehicle models by 2025.

Automotive competitors like Mercedes and Volvo—not to mention tech companies like Google and Uber—can also match Tesla’s efforts to develop self-driving vehicles. And they have deeper pockets. Tesla has had only two profitable quarters in its seven years as a public company.