The fresh round of bargaining follows major layoffs at the Ontario plant this year and coincides with NAFTA negotiations, set to get underway in Washington shortly 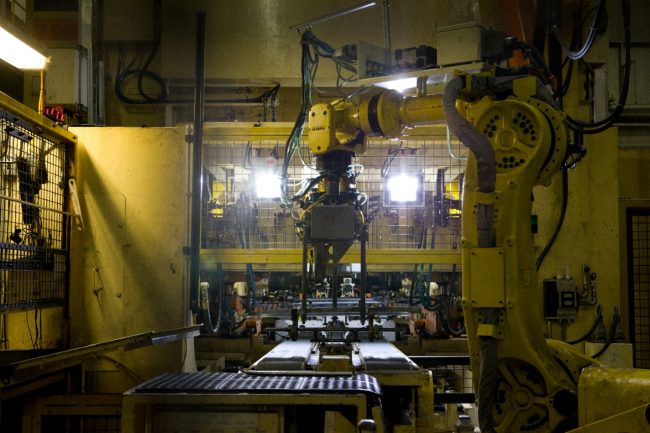 TORONTO—Unifor and General Motors have opened a new round of contract talks for workers at the company’s CAMI Assembly plant in Ingersoll, Ont.

The plant’s approximately 3,000 workers are not covered by the master agreement reached between Unifor and GM last fall and the current collective agreement is set to expire Sept. 17.

The assembly plant builds the Chevrolet Equinox compact SUV and is operating at full capacity, despite GM’s decision to lay off 625 workers this July—a move the company blamed on changing production from older Equinox models to the next-generation Equinox. It also recently shifted production of another vehicle program, the GMC Terrain, to Mexico.

Unifor, which represents workers at auto plants across Ontario, plans to make jobs lost to Mexico one of the key issues.

“This is a productive plant. Good jobs are being lost because NAFTA makes it possible,” said the union’s National President, Jerry Dias.

The Canadian union, along with its U.S. counterpart, the United Autoworkers, have been frequent critics of the trouble NAFTA has created for Canadian and U.S. workers.

With NAFTA talks also set to get underway shortly in Washington, the two unions have been pushing for “major changes” to the three-country trade deal and have said a few “tweaks” won’t suffice.

Unifor said talks with GM got underway Aug. 10., adding that negotiations are expected to continue into the fall.