The union says the strike focuses on a key job security issue after losing production of the GMC Terrain to a Mexican plant. The CAMI assembly plant produces the similar Chevrolet Equinox SUV 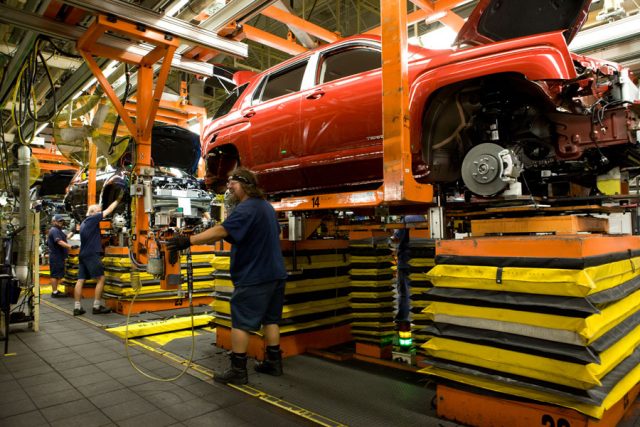 INGERSOLL, Ont.—A General Motors plant in Ingersoll, Ont., has been hit by a strike.

The 2,500 members of Unifor local 88 walked out Sunday at 10:59 p.m. when negotiators for the union and the automaker failed to come to terms on a new contract agreement.

The union says the workers have gone on strike after the company failed to address a key job security issue at the CAMI assembly plant where it produces the Chevrolet Equinox.

Unifor says it wants to become the lead site to build the Equinox after losing production of the GMC Terrain to a Mexican plant that resulted in 600 job layoffs in July.

“Every member understands the importance of reaching a deal that secures production, and what that means to our families and the community,” said Mike Van Boekel, local 88 chair at the CAMI plant.

“The membership showed incredibly strong support for their bargaining committee throughout these negotiations.”

GM says it is disappointed the two sides couldn’t reach a deal, but is encouraging Unifor to return to the bargaining table.

The company says both sides have made progress on several issues over the past several weeks.

Workers at the CAMI plant operate under a different contract than GM workers in other parts of the country.

Unifor negotiated a deal with GM last year that included large investments in its Canadian operations including at its assembly plant in Oshawa, Ont.