Unifor, which described the GM deal a major breakthrough, says it will be used as a basis for negotiations with both Fiat-Chrysler and Ford 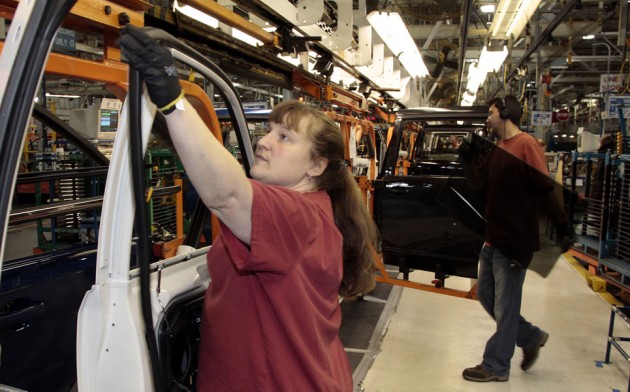 TORONTO—Fiat-Chrysler goes on the hot seat today as it sits down to negotiate a new contract with its Canadian unionized workforce.

The start of talks follows on the heels of workers at General Motors accepting a new contract.

Unifor, which represents workers at the Detroit Three in Canada, calls the GM deal a major breakthrough, and says it will be used as a basis for negotiations with both Fiat-Chrysler and Ford.

Unifor president Jerry Dias hailed the contract as “historic” and the best deal the union has struck with one of the auto giants in the past decade.

There is also a $6,000 initial signing bonus plus lump sum bonuses of $2,000 in each of the next three years for most employees. And GM promised to invest $554-million in its Canadian operations.

General Motors of Canada President Steve Carlisle said the deal will position the automaker’s Canadian operations at the “forefront of an industry that is experiencing dramatic transformation and change.”