One of the company’s new OMV Emerald GT contour mills on the shop floor at Tycos Tool & Die. PHOTO: Magna

CONCORD, Ont.—Walking the plant floor at Tycos Tool & Die, a unit of Magna International Inc., the changing face of North American manufacturing could not be more evident. With a fleet of new machines positioned among a handful of old “workhorses” that haven’t missed a beat since the Cold War, the 115,000 square-foot facility in Concord, Ont., is in the midst of a significant strategic upgrade.

Tycos has invested $14 million in its operations since 2011, and though the facility has already boosted its productivity, bolstered its sales and reinvigorated its staff, it’s only about half-way through executing its capital spending plan. Management has already drawn up floor plans to complete the project and intends to continue investing and preparing the business for the future. 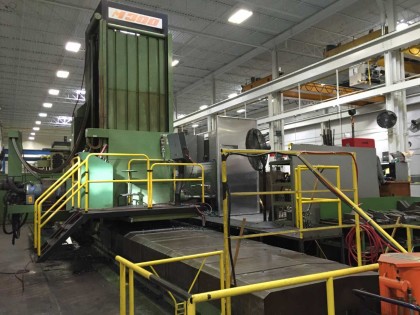 One of the company’s “workhorses.” The approximately 30-year-old Mecof M300 is used in the roughing operation. PHOTO: Magna

“It’s been a great shot in the arm for us,” Paul Smith, Tycos’ assistant general manager, said. “We’ve re-energized everyone in our building.”

The tool and die shop has increased its productivity approximately 30 per cent as a result of the upgrades, and management expects the spending to continue another three to five years. By that point, Tycos estimates it will have almost doubled its 2011 sales—no small feat for a manufacturer in the competitive North American market.

A division of Magna Exteriors, the facility makes molds for products as wide ranging as tow eye hook covers an inch or two in diameter to 100,000-pound hydroform dies and injection fascia molds. It employs 155 people, including licensed machinists and licensed mold makers, as well as a 22-person design staff. The plant is the only mold manufacturing facility in North America for Magna Exteriors, placing it in an increasingly important position as its parent company continues to expand.

“Our world has become very global… as Magna grows into different regions, they also need to have good tooling in those regions, so we’ve been asked to support those efforts, which we’re currently working on,” Smith said.

With Magna undertaking ventures in the U.K., China and now Mexico, Tycos is slated to use its process for high-quality tools and the knowledge and skill of its employees to support the development of Magna plants in emerging markets that don’t currently have comparable infrastructure. 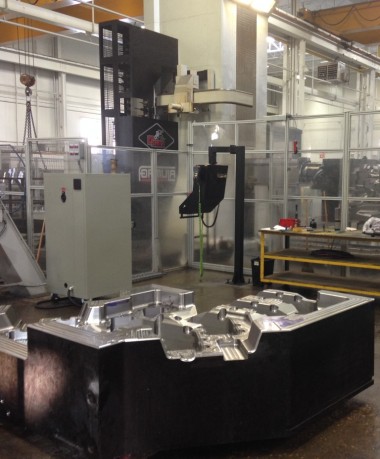 “We’ve been asked to work with some of the new facilities and some existing facilities… on part development [and] tool development. Whether we’re manufacturing the tool or not, we may design tools here and have them built with partners in different regions of the world,” Smith said.

As for Tycos’ own market—the eight to 10 Magna plants within North America it supplies—the tool and die shop is gearing up for strong growth fueled by an increasing capacity for unattended machining.

“They give us a lot of capability to run unattended… So that’s been a big change for us, and given us a lot more utilization because the previous generation of machinery didn’t have the tool-change capability.”

Tycos has recently adopted Flexible Clamping System fixturing as well, allowing employees to develop fixture plans in advance so machine downtime is brought down to an absolute minimum. Between unattended machining and FCS fixturing, the company has dramatically increased its productivity while maintaining the same level of staff. 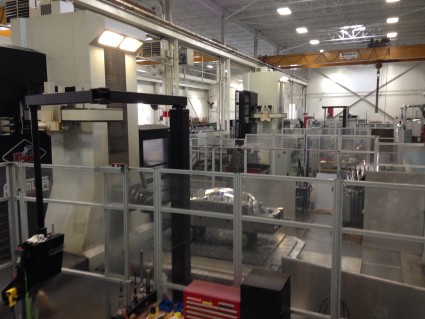 “It’s an exciting time for us. There’s lots of new processes and technology, which can be uncomfortable for people, but I think for the most part it’s been good for us,” Smith said.

While the company is investing in some of today’s state-of-the-art machinery, it’s also looking into what many consider the future of parts production. On some of the tools it builds, Tycos has begun using additive manufacturing, or 3D printing.

“It’s going to become, a wider used or known commodity. It’s very limited right now, you can only make a component that’s so large, but I think that’s just a matter of time,” Smith said.