Oligo® Prime is a biostimulant technology resulting from a research and development program dating back 5 years. 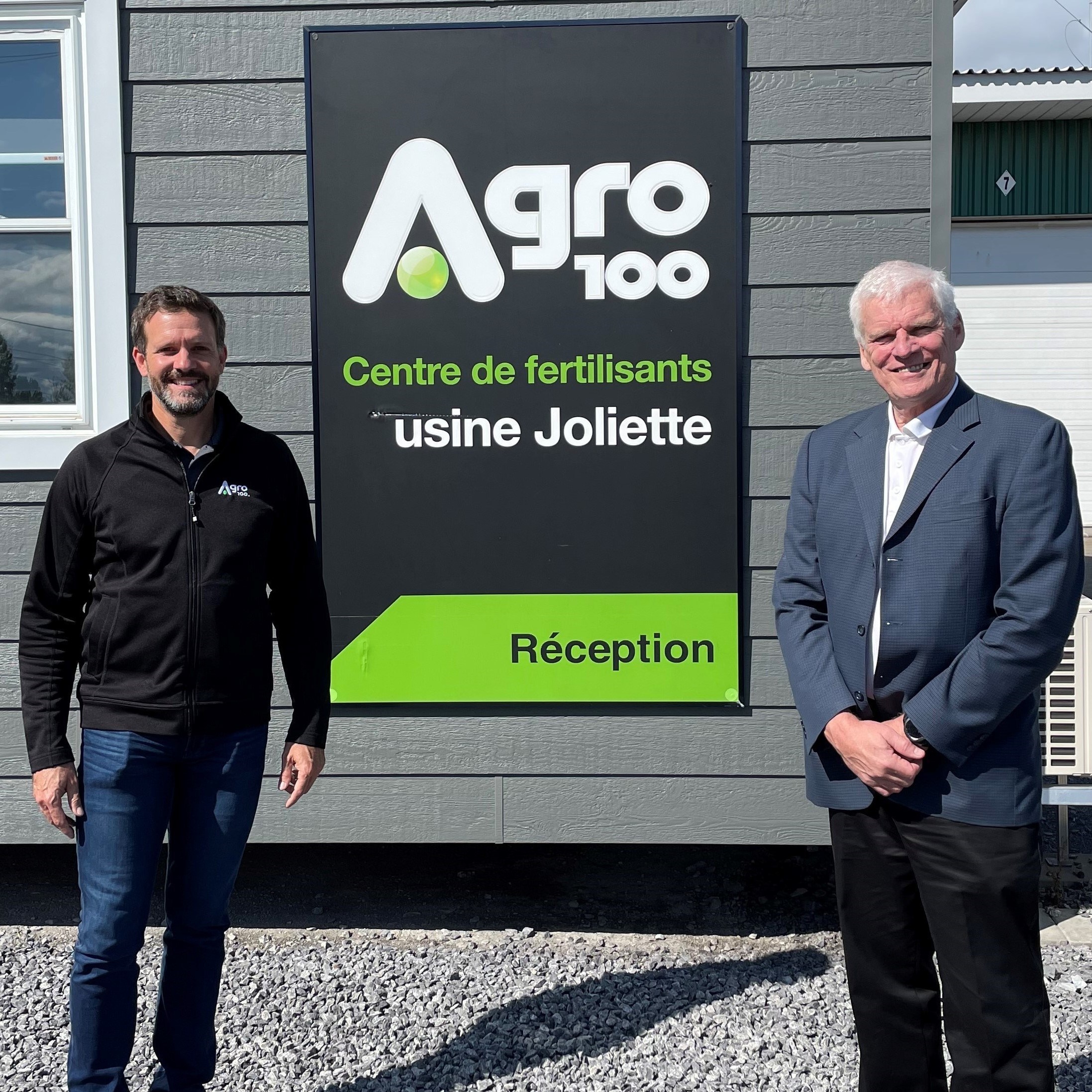 President and COO Stéphane Beaucage and Agro-100’s Director of Product Development and Agronomic Training, Pierre Migner (right), have high hopes for the Oligo® Prime technology that will be integrated into Agro-B Mobility, Agro-Ca and many other products in the new line. (CNW Group/Agro-100)

JOLIETTE — On Jan. 26, Agro-100 announced that in early 2022 its foliar product line will be enhanced with the biostimulant Oligo® Prime. Agro-100 is has developed a technology that will facilitate access to more market share in North America. Oligo® Prime is a biostimulant technology resulting from a research and development program dating back 5 years. Scientifically designed, Oligo® Prime reportedly helps bolster the natural defenses of plants against abiotic stresses, while minimizing environmental impact.

“What is exceptional about this technology, exclusive to Agro-100, is that its addition to foliar fertilizers activates the plants defense mechanisms against abiotic stresses in crops, thus allowing the full yield potential of the crops to be realized,” said Pierre Migner, Agro-100’s Director of Product Development and Agronomic Training, adding that the agronomic recipe developed by the company is an unique signature that allows Agro-100 to outperform the competition.

Stéphane Beaucage, President and Chief Operating Officer of Agro-100, said that this major product confirms the company’s status as a manufacturer with operations in Quebec, Ontario, the Maritimes, Western Canada, parts of the United States and Mexico. For Mexico in particular, many other products in the new line including Agro-B Mobility, Agro-Ca, CropBooster, have not yet shown just how big a contribution they will have at increasing the quality and the yields of their crops. Mr. Migner indicated that data from over 160 trials have confirmed a benefit of using the Oligo Prime technology. Trials conducted in grain corn, for example, have reportedly increased yields by just over 900 kg/ha. “If the agronomic performance is empirically proven, so is the economic performance,” stated Beaucage.