Ontario’s Beau’s brewery up for sale… to its employees

Craft purveyor intends to buck the recent trend of craft beer makers being swallowed by big brewers, will offer ownership stake to employees 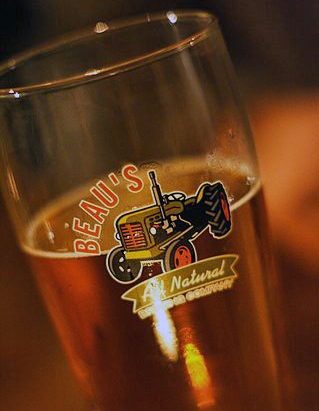 One of Ontario’s most popular craft brewers, Beau’s plans to offer ownership to its employees. PHOTO: Michelle Tribe, via Wikimedia Commons

VANKLEEK HILL, Ont.—One of Ontario’s most popular craft breweries has announced plans to sell—it’s just not your typical sale.

Bucking the trend of Canadian craft brewers falling into the hands of the big brewers, Beau’s All Natural Brewing Co. plans to sell itself to its employees through an Employee Share Ownership Plan (ESOP).

“My Dad and I started Beau’s ten years ago with the promise of making excellent, flavourful beer, and using our brewery as a force for good,” Steve Beauchesne, the brewer’s CEO, said. “Our success during this time is strongly rooted in the support of our employees and fans, who have always believed in our promise.”

Founded in 2006, the Vankleek Hill, Ont. brewery has grown from a small family operation to one of Ontario’s most popular craft businesses with 150 employees. Beauchesne said the ESOP will keep Beau’s legacy as a fiercely independent brewer alive, as it looks to expand across Canada by the end of this year.

“By handing the reins over to our employees we are saying this changes everything, because this change is everything,” Beauchesne added “We look forward to our expansion and success across Canada, with the help of our new company stewards.”

The company said it will join just a handful of breweries in North America that have opened up ownership to its employees. Beau’s intends to begin the ESOP process July 1st—its 10th anniversary.