The Ontario-based brewer will be the exclusive beer partner for Porter's complimentary in-flight beverage service. 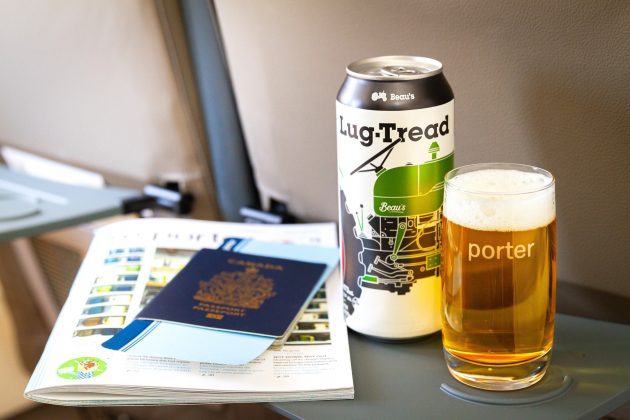 In a news release, Porter officials said that the airline will a rotating selection of Beau’s products, featuring Beau’s Lug Tread, which Porter calls the brewery’s flagship beer. Beau’s 473 ml tall cans will be offered as part of Porter’s onboard service, which includes complimentary snacks, plus beer and wine.

“Beau’s has built a reputation for high quality products,” said Kevin Jackson, Porter’s executive vice president and chief commercial officer. “We are always looking to partner with brands that align with our values and we see those similarities with Beau’s in their commitment to innovation and quality. We’re looking forward to our passengers experiencing Beau’s refreshing products as part of their onboard experience with Porter.”

Founded in 2006, Beau’s is located in Vankleek Hill, Ont. The company has won over 100 awards for brewing, package design and business practices, including Favourite Local Brewery (Faces of Ottawa Awards, 2019), Best Brewery in Ontario (Golden Taps, 2018), and 4th-Best New Brewery in the World (RateBeer Best, 2017). Beau’s is also said to be Canada’s first Certified Benefit Corp. brewery, recognized for high standards of environmental and social stewardship, and their beer is brewed using 100 per cent green electricity.