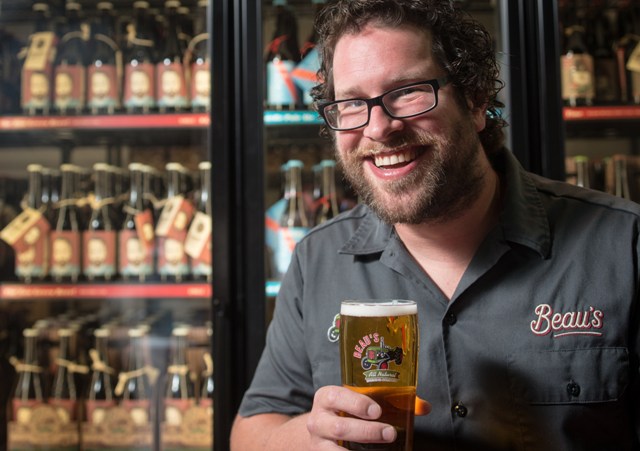 Beau’s All Natural Brewing Company Ltd., which has steadily built a local market for its lineup of craft beers over the past decade, has announced plans to extend its distribution network thousands of kilometres from its home base in the sleepy 2,000-person town of Vankleek Hill, Ont.

Opening its doors in 2006 as a fledgling startup, Beau’s has ridden the craft craze to become relatively common fare across Ontario. The company’s Lug Tread Lagered Ale in particular, is popular with beer lovers from Ottawa to Toronto. The brewery began selling Lug Tread in Quebec last year, and says the brew will go on sale in the majority of Canadian provinces by the end of the summer.

The company’s CEO, Steve Beauchesne, who founded the brewery with his father, Tim Beauchesne, 10 years ago, said the company is excited to add to the growing selection of craft beers in provinces coast to coast.

“Craft beer drinkers are always happy to have more choice, and we know from our fans in Ontario and Québec that Lug Tread is something truly special,” he said. “It’s got lots of flavour to enjoy, but at the same time it’s crisp and finely balanced. It’s really the best qualities of an ale and a lager in one fantastic beer.”

Beau’s said the beer is available in New Brunswick and P.E.I. now and will be on the shelves in Manitoba next week. B.C. and Alberta can expect to sample the German-inspired “lagered ale” by the end of the summer. Beauchesne anticipates having Beau’s Lug Tread in stores in eight of the 10 Canadian provinces by the end of the year and throughout the country next year. Meanwhile, it said it plans to roll out some of its many other craft options to these new markets as well.

Previously committing to staying local—the company once said it would keep its beer within a one-day drive of the manufacturing plant—the craft brewer says recent acquisitions by the big brewers have forced it to reassess its stance. Labatt’s purchase of Toronto’s Mill St. Brewery is one prominent example.

“We became quite concerned that with only a small handful of national independent craft breweries, the whole industry is at risk of being commoditized,” Beauchesne said. “Our commitment to staying regional made us part of the problem. We’ve made this expansion to make sure that there are strong voices on a national level for craft beer in this country.”

The nationwide roll-out follows another recent Beau’s announcement that opened ownership in the brewery to the company’s employees.