Businesses from Loblaw to Magna have warned the 32 per cent increase to minimum wage over 18 months will take a toll, but the Liberal government shows no sign of changing course 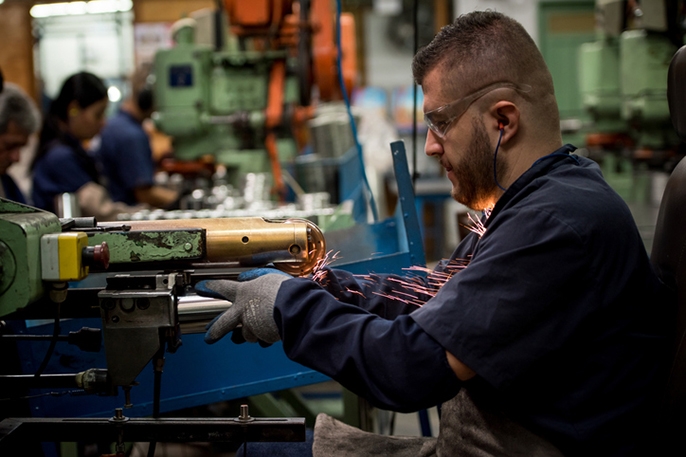 Absorbing a nearly one-third increase in minimum wage over such a short time will be tough, businesses have said. PHOTO: Getty Images/andresr

TORONTO—A major Ontario labour reform bill is being tweaked but so far is seeing no significant changes to key parts, including a controversial phase-in of a $15 minimum wage, leaving concerned businesses looking to a relief package promised by the premier.

The Liberal government’s legislation includes equal pay for part-time workers, increased vacation entitlements and expanded personal emergency leave, but the centrepiece is an increase in the minimum wage. It is currently set to rise from $11.60 in October to $14 in January, and $15 in 2019.

Businesses have said a 32 per cent increase in less than 18 months will be tough to absorb, and have called for a slower rise.

But the government made no changes to that timeline in the first round of amendments at a Liberal-dominated committee this week, and also voted down almost every change proposed by the NDP, such as giving all workers five paid sick days and eliminating minimum wage exemptions for servers.

There will be another chance to make changes to the bill, after second reading expected next month, and business groups say they’ll continue to press for amendments.

They’re also eager, however, for the government to unveil a package of offsets to help businesses cope with increased costs the labour bill will bring. Premier Kathleen Wynne has promised it will come in the fall.

“We know that there are small businesses, particularly some mom and pop businesses in our communities, that are going to have a challenge going through that transition,” she said earlier this month.

Economic Development Minister Brad Duguid has said a break for small businesses will come “likely on the tax side.”

Wynne has also mentioned that restaurant owners in particular have cited fees they pay to the Liquor Control Board of Ontario as an issue, and that businesses have said “training dollars are a challenge to find.”

While much of the government’s talk about the offset package has focused on small businesses, large ones have said the minimum wage increase will hurt them as well.

Metro Inc. estimates the wage increase will cost about $45 million to $50 million next year and is accelerating its study of automation. Loblaw Companies Ltd. has estimated a $190-million hit next year from higher minimum wages in Ontario and Alberta. Magna International has warned that higher costs could affect its business investments in the province.

Offsets should be across the board, said Karl Baldauf of the Ontario Chamber of Commerce.

Offsets also need to come sooner rather than later, as businesses are planning now for 2018 and if a package comes in November, that is too late, Baldauf said.

The Keep Ontario Working Coalition, which includes the chamber, last week released an economic analysis that it commissioned showing the labour reforms would put 185,000 jobs at risk. Baldauf said the government needs to address the problem through a combination of offsets, delays and amendments to the labour bill.

The minimum wage hike does, however, have support as well. During the first round of committee hearings, many labour and other left-leaning groups cheered the increase, saying it addresses income disparity and stimulates the economy. A group of economists also wrote a letter last month in support of a $15 minimum wage.

The changes the government did make to the bill this week include providing an unpaid sexual assault/domestic violence leave of up to 17 weeks, where in the original bill it was lumped in with 10 days of personal emergency leave.

A few amendments were made to scheduling provisions, as well. If a shift is cancelled within 48 hours of its start, employers must pay three hours’ wages, but a new amendment was added to exempt weather-dependent work.

If an employee gets less than 96 hours’ notice of a shift, they can refuse it, but an exemption was created for work that is needed to deal with an emergency or to remedy or mitigate a risk to public safety.