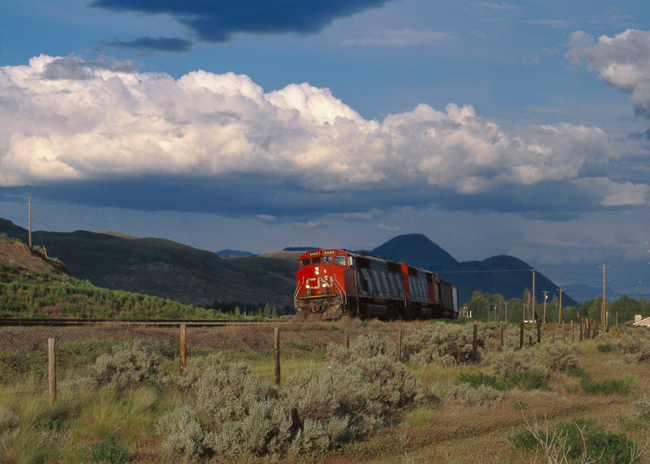 Overall, Montreal-based CN Rail shipped seven per cent more than the three-year average as it set six monthly records between September and March, when grain prices are highest.

“We did this by further developing our supply chain ingenuity with our partners to meet demand, resulting in improvements in the use of equipment and better than ever efficiencies in size of trains,” stated bulk vice-president Doug MacDonald.

The railway introduced 200-car grain trains and expanded commercial agreements that allowed customers to secure 70 per cent of its car supply in advance.

Grain companies built nine new country elevators and another seven are slated to be added in the next 18 months.

“Vancouver is a vital trade-oriented Canadian gateway and should be a top investment priority for the government’s new national transportation corridor infrastructure fund.”

During the last budget, the Liberal government announced it would invest $10.1 billion over 11 years on trade and transportation projects, including a $2-billion initiative to make the country’s trade corridors more efficient and reliable.

U.S. and Canadian grain is CP Rail’s largest line of business, accounting for more than 24 per cent of its $6 billion in freight revenues last fiscal year.

It said shipments of grain last year were consistent with the prior year and two per cent above its five-year average.

CP Rail said the adoption of an enhanced train model and further investments in the coming crop year will allow railways, elevators and ports to increase through put by loading and unloading 8,500-foot trains.

The trains will carry at least 134 grain hoppers able to transport 20 per cent more grain than its old 112-car grain trains.

“At CP, moving grain is embedded in our DNA and has been for more than a century,” said chief marketing officer John Brooks.