The proposed changes to the province's labour laws will increase costs for manufacturers and make them less nimble than their international competitors, the association says 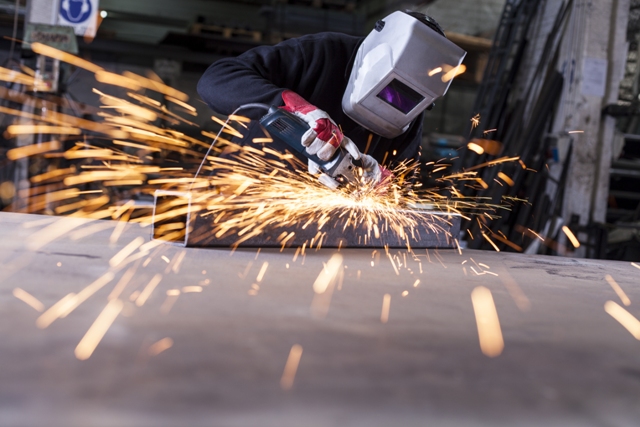 The reforms have put business and labour groups at odds. Labour organizations have backed the minimum wage hike, saying it will improve workers’ lives and help spread out business profits more evenly

TORONTO—Canadian Manufacturers & Exporters says proposed changes to Ontario labour laws will make it tougher for the province’s manufacturers to compete internationally and could lead to lost jobs.

The manufacturers’ association called on Queen’s Park to revisit certain aspects of its new workplace legislation late last week, including the controversial plan to raise minimum wage to $15 an hour by 2019.

“The manufacturing sector is clearly critical to the Ontario economy,” Dennis Darby, president and CEO of CME, said in a statement. “Increasing the cost of making things in Ontario would only put future growth and jobs in jeopardy, including those higher quality jobs that we want to grow.”

“We are asking the Ontario government to conduct further analysis on the potential impacts of the reform,” he added.

Ontario’s Liberal government introduced the reforms at the end of May.

Along with raising the minimum wage, the Fair Workplaces, Better Jobs Act includes a number of measures to benefit workers across the province, such as increasing vacation entitlements, guaranteeing equal pay for part-time workers and introducing stricter scheduling requirements for shift work.

CME, which represents more than 2,500 companies across the country, said the changes to rules surrounding shift work is one area it’s urging the government to reconsider. The organization said requiring employers to give workers 48 hours notice to cancel a shift and 96 hours to add a shift would make the province’s manufacturers “less nimble than their international competitors.”

On minimum wage, CME says it’s advocating for a slower timetable. The Liberal plan will increase the minimum wage to $14 an hour next January and to $15 and hour Jan. 1 2019. The association says the province should implement the increase over a longer period, as well as put cost reductions in place for businesses that would offset the higher labour costs.

CME is far from the first business group to come out against the minimum wage increase. Among others, the Canadian Federation of Independent Business and the Keep Ontario Working Coalition, which includes the Ontario Chamber of Commerce, Restaurants Canada and a number of other groups, have already come out against the reforms.

The proposed workplace changes have put business and labour groups at odds. While many business associations have criticized the reforms, labour organizations have backed the minimum wage hike, saying it will improve workers’ lives and help spread business profits out more evenly.

The jury is still out on whether or not increasing the minimum wage helps or harms workers. A recent study in Seattle indicated the city’s new $15 an hour minimum wage law cost workers money by reducing their work hours, while other studies have come to the opposite conclusion.

Ontario began public consultations on the legislation earlier this month.