by Allison Jones and Maija Kappler, The Canadian Press  June 4, 2018

The Liberal leader admitted over the weekend that her party won't win the June 7 election, but pleaded with Ontarians to elect as many Liberals as possible to check a possible NDP or PC majority 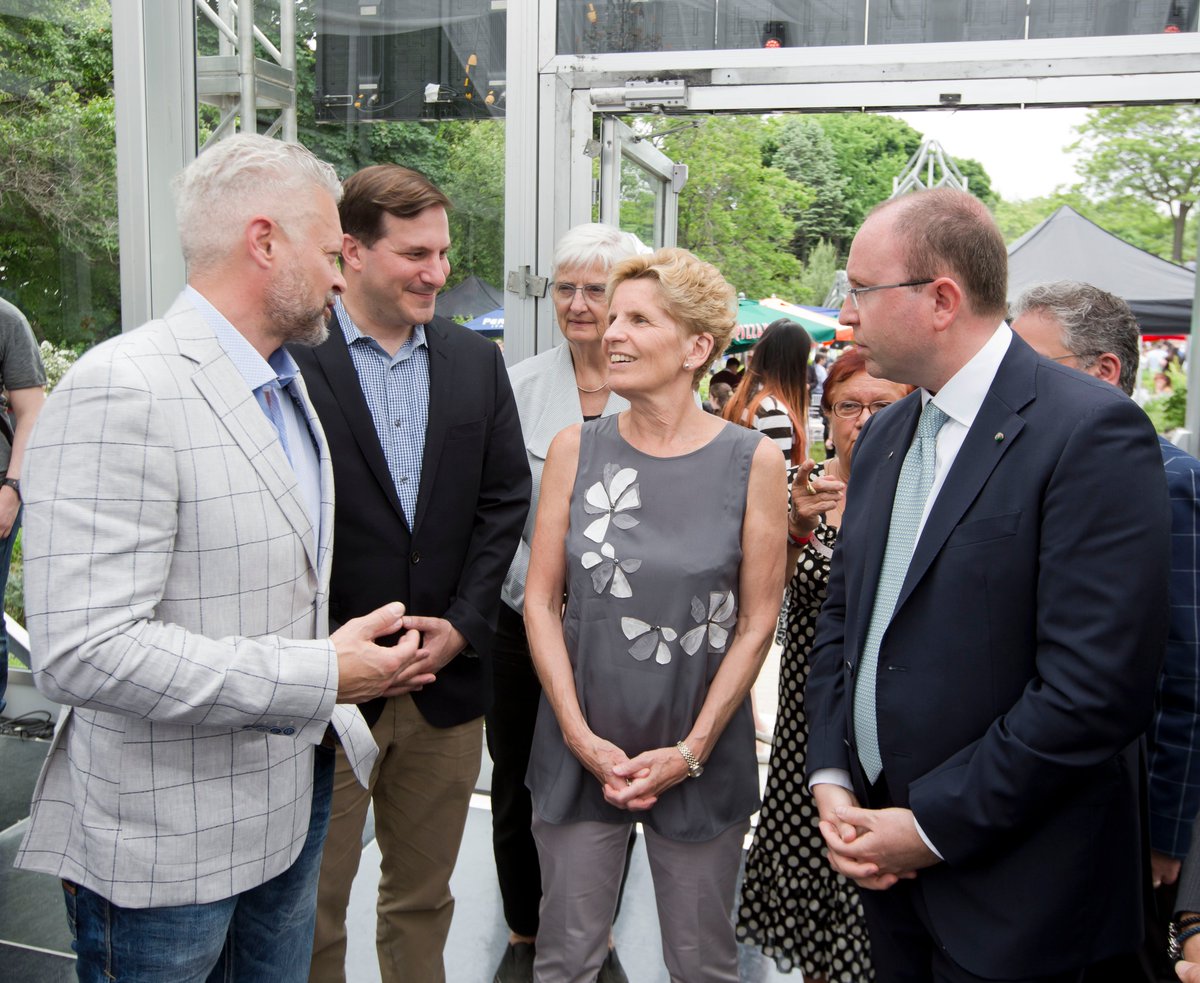 The Liberals are in danger of losing official party status in the legislature, which requires at least eight seats. Wynne’s own riding of Don Valley West is up for grabs as well. PHOTO: Kathleen Wynne/Twitter

TORONTO—Ontario Liberal Leader Kathleen Wynne switched gears Sunday, from pushing for her party to be re-elected to instead using the last few days of the election campaign to try to save what Liberal seats she can.

Wynne admitted Saturday that her party won’t form government after Thursday’s election, but pleaded with voters to at least elect some Liberals. She warned about what an NDP or Progressive Conservative majority government would bring, and pitched votes for the Liberals as a way to keep either of those parties in check.

Standing behind a sign reading simply, “Vote Liberal,” instead of her usual sign with her campaign slogan of “Care Over Cuts,” Wynne said it’s important to return as many Liberals as possible to the legislature to avoid having a majority government.

The Liberals under Wynne won a majority in 2014.

“I know that there are people who are trying to decide how to vote on June 7 and they are worried about a majority (Progressive Conservative) Doug Ford government,” Wynne said.

“They are worried about a majority NDP government, and they want to know what it would mean to cast their vote for Liberal and what I’m saying is, ‘Yeah, it looks like I’m not going to be the premier. It looks like we’re not going to have a Liberal government. But you better believe having more Liberals at Queen’s Park to fend off whatever extreme policies a Doug Ford or an NDP government would bring forward, that’s important.”

Wynne began her day today in Richmond Hill, Ont., where she is trying to help Liberal Reza Moridi get re-elected, and was also campaigning in Scarborough North, Toronto-St. Paul’s, and her own riding of Don Valley West.

But NDP Leader Andrea Horwath said Sunday that she would not accept help from the Liberals to prop up an NDP government.

Liberals say that now their focus is on trying to maintain official party status in the legislature, which requires at least eight seats. A Liberal source told The Canadian Press about a dozen ridings in which the party thinks they have a reasonable shot at winning, but Wynne’s own riding was not among them.

On Sunday, Wynne said she is still pushing to represent her riding again.

“I’m running hard in my own riding, Don Valley West, because I want to go back to Queen’s Park to continue to work for you, bringing our Liberal values to Queen’s Park,” she said.

Ford, meanwhile, was campaigning in Kingston, focusing his attacks on the NDP.

He said they would drive Ontario deeper into debt, but when asked if he had a plan to pay down Ontario’s more than $300-billion debt, Ford promised to find efficiencies of four per cent in the provincial budget.

Ford has said a Tory government would run deficits for the first two or three years, but his plan doesn’t spell out the size of those deficits, a path to balance or a way to start paying down the debt.

“We’re going to bring an outside auditing firm in to go line item by line item to drive efficiencies,” Ford said.

Ford was also asked by a reporter for the Queen’s University student newspaper if he had a plan to address tuition fees. Ford responded by saying he had met with 40 Queen’s students and their biggest concern was the job market.

—with files from Salmaan Farooqui in Kingston