Canadians overwhelmingly negative about their provincial leaders; Sask.'s Wall the only premier who enjoys a majority approval rating 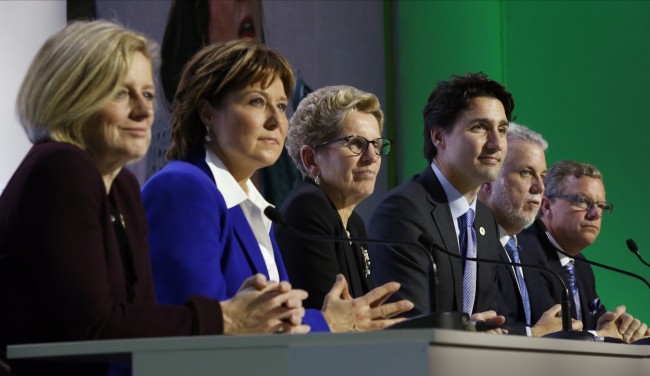 VANCOUVER—The majority of Canadians have a less than stellar opinion of their respective premier. In fact, as the contingent of provincial leaders wrap up talks at the Paris climate conference, the Angus Reid Institute’s latest poll shows Saskatchewan’s Brad Wall is the country’s only premier sporting a majority approval rating.

Despite the overall negative sentiment, the Trudeau Liberals’ sweep to power has seemed to bolster opinions of several of the Liberal leaders in Atlantic Canada. New Brunswick’s Brian Gallant has seen his approval rating jump from just 25 per cent last quarter, to 34 per cent today. Meanwhile, 46 per cent of those polled now approve of Nova Scotia’s Stephen McNeil, compared to 40 per cent in September.

“The Liberal love-fest does not extend to premiers in central Canada however,” the Angus Reid Institute said.

Approval for Quebec Premier, Philippe Couillard, has trended down six points over the last quarter to 35 per cent. The Liberal leader’s approval is down significantly from the 59 per cent approval he enjoyed in June of last year.

Like her counterpart in Quebec, Kathleen Wynne’s approval rating also continues to trend down. With the weight of the highly-controversial privatization of Hydro One likely still weighing on Ontario’s leader, Wynne’s approval rating fell one point to 30 per cent. The premier’s approval has inched down steadily since September of last year, when 41 per cent of the province approved of her performance.

The numbers stand in stark contrast to the 60 per cent of Saskatchewan residents who endorse Premier Brad Wall, but remain encouragingly high compared to Canada’s least popular leader, Manitoba Premier, Greg Selinger, who has the support of just 22 per cent of the province.