An NDP vote is the way to stop Doug Ford, Andrea Horwath said 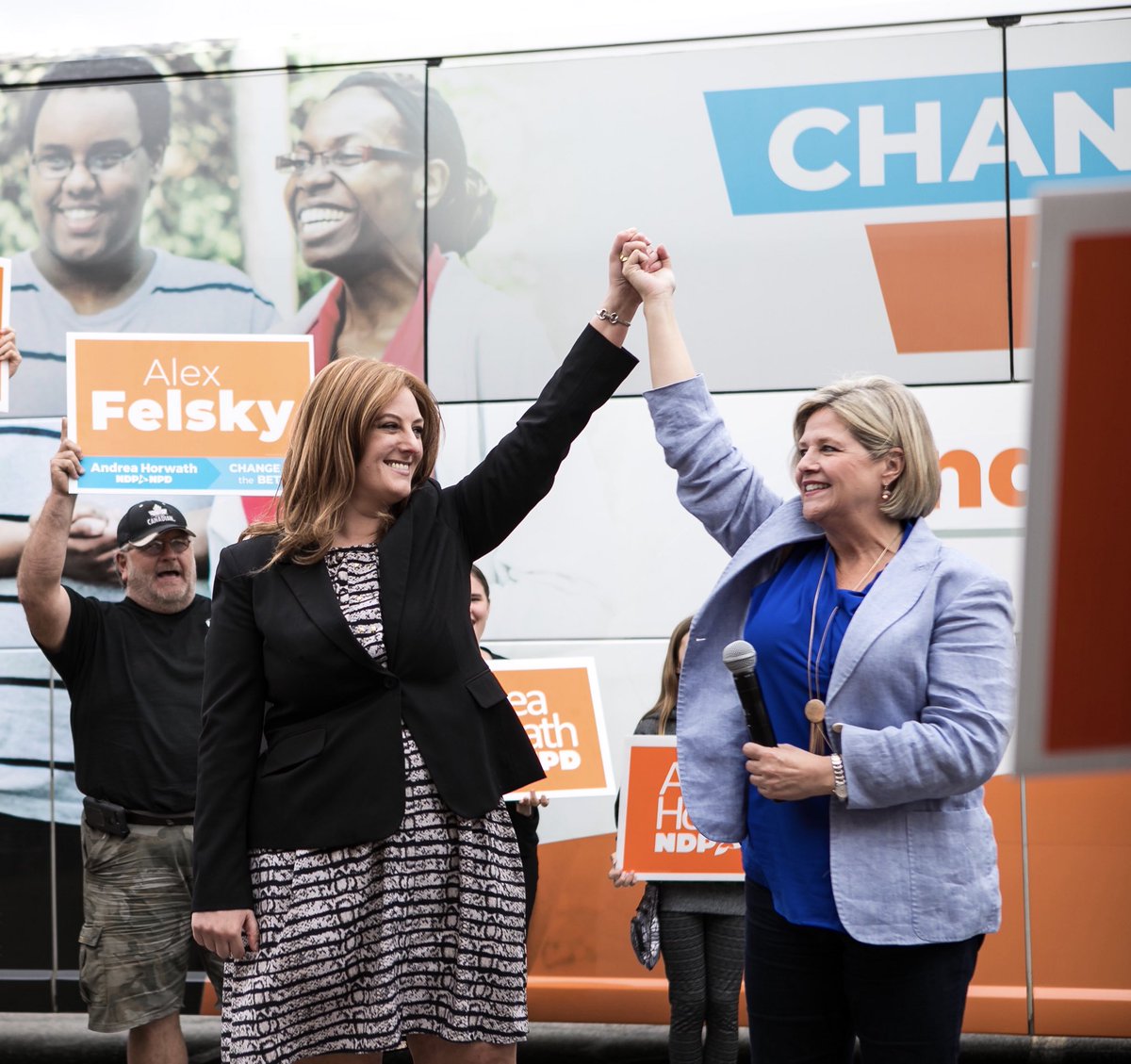 Horwath remarked on what she has observed as nastiness throughout the campaign. PHOTO: Andrea Horwath/Twitter

TORONTO—Ontario’s NDP leader is making a pitch to undecided voters on the last full day of the provincial election campaign, framing the choice as a stark one between her plan and that of Doug Ford’s Progressive Conservatives.

Speaking in an east Toronto area where the NDP hopes to nab some seats, Andrea Horwath said she knows there are still people who are trying to make up their minds. An NDP vote is the way to stop Ford, she said.

“It really is a big decision that people have to make and our plan is one that is focused on families and making life better,” she said.

“Mr Ford’s plan is one that makes the rich even richer, will cut our public services and cause families to struggle even more. So the decision people have is a stark one and what I would say to folks is this: We can change our province for the better.”

Liberal Leader Kathleen Wynne has admitted that her party won’t win the election, but is asking voters to elect at least some Liberals to prevent an NDP or Tory majority government.

The parties’ plans are very different, Wynne said, but she thinks some people are still undecided at this point because Ford has been an unexpected factor.

“I think that there has been such a disruptive influence by having a leader of the Conservatives that really hasn’t laid out what he would do,” she said.

Ford hasn’t indicated how he would pay for his promises, except for saying a Tory government would run deficits of unspecified sizes for the first two or three years.

“(Voters) haven’t seen a plan, so I think that has thrown everything into a bit of turmoil and so I think people are still trying to decide,” Wynne said.

Horwath, who was campaigning at several events in Toronto and one in Brampton, also said there has been a lot of mudslinging during this campaign.

“There’s been a lot of lies, there’s been that negative, negative tone, lots of accusations being flung my way,” said the Hamilton politician. “I’m trying to stay focused on people … I’m a tough cookie—a Steeltown Scrapper, so I can handle it.”

Wynne said election campaigns are very partisan by nature, but she hopes after the vote the province can pull together.

“That’s really what I hope, and I believe that some of the tone and tenor of this campaign, which has been pretty negative at many points, I think that makes it harder to get to that place where in between elections we actually think about the broader issues,” she said.

A poll released Tuesday suggests the NDP and Tories are in a virtual tie heading into Thursday’s vote.

The online poll by Leger indicates the Tories have the support of 39 per cent of decided voters, Horwath’s New Democrats are just a single point behind, while the Liberals are well back with just 18 per cent support among those surveyed.

Related: How an NDP victory in Ontario is a real possibility