Investigating the future of battery technology and EVs 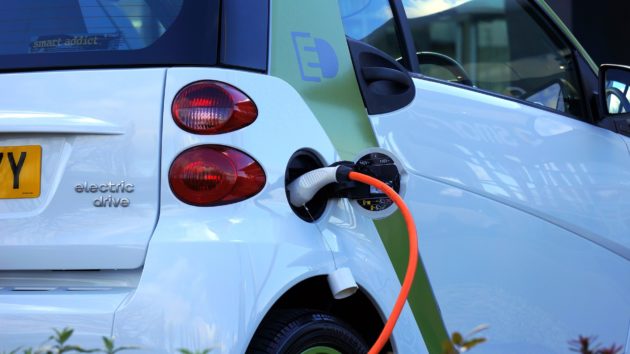 Image by MikesPhotos from Pixabay

Since the inception of the Electric vehicle (EV), the automotive industry has seen a number of transformations.

With that transformation comes the debate over which powertrain system will be the one that takes over the market and becomes as ubiquitous as the internal combustion engine: those powered by hydrogen fuel cells or Lithium-ion batteries.

While there are not a significant number of hydrogen fuel cell vehicles on the road, automakers such as Honda have been experimenting with it and Toyota recently revealed their second-generation hydrogen vehicle on the Canadian market called the Mirai.

According to KPMG’s 2020 outlook report, “Canada’s Automotive Future”, it remains unseen which battery option will become the preferred choice of automakers, it will likely be a determining factor in the overall cost and performance of EVs.

James McKinnell, strategic advisor to the energy mining and environment research center at the National Research Council of Canada (NRC), echoes this notion.

“As we look strategically into the future, I think because of those different advantages and disadvantages, it’s too soon to make a call,” McKinnell said in an interview with Canadian Manufacturing.

“Different applications are going to appeal to those merits and disadvantages in different ways.”

Peter Hatges, national sector leader, automotive at KPMG and co-author of the 2020 outlook report, says automotive companies are taking into account a plethora of different factors when considering which battery option is best moving forward.

“The first thing manufacturers look at is, if they’re going to spend this much money to launch a new vehicle, they want people to buy it,” Hatges says. “If people don’t adapt to it, that can be a problem.”

The case for lithium-ion

A lithium-ion battery is an advanced battery technology that uses lithium ions as a key component of its electrochemistry. During a discharge cycle, lithium atoms are ionized and separated from their electrons.

The battery of choice for Tesla, the discussion of whether or not to use lithium-ion batteries have been at the forefront of automakers’ minds.

Jeff Dahn, industrial research chair for NSERC/Tesla Canada Inc. and Dalhousie University professor, has spent the last two decades of his career researching the pluses and minuses of fuel cells.

Through his research findings, Dahn is an advocate for the use of lithium-ion batteries, as he has found that hydrogen fuel cells are ineffective.

“For me, it’s this whole issue about efficiency of fuel cells is just absolutely terrible,” Dahn says. “It doesn’t come down to whether they’re expensive or inexpensive – it’s just fundamentally, you go down this path that leads you to way more windmills and solar farms.”

Dahn goes on to explain that hydrogen fuel cells are powered by hydrogen, and manufacturers are not going to allow the hydrogen to produce by steam reforming of natural gas because that was a fossil fuel.

“That’s going to make carbon dioxide,” Dahn explains. “We have to make our hydrogen from renewables from the sun or from the wind.”

To resolve this, manufacturers have to use electrolysis, which is only about 70% efficient for the hydrogen to be stored for transportation.

The hydrogen has to then be compressed the high pressure into a tank, that compression process ranges from being about 80-90% efficient and then the hydrogen can be used in a fuel cell on a vehicle or its stationary applications.

“Fuel cells are only about 55% efficient,” Dahn says. “By the time you multiply these efficiencies together, you get numbers like 35% from the windmill to the wheels on a car.”

According to Dahn’s research, Lithium-ion batteries are about 97% efficient in comparison.

Noting that lithium-ion batteries have a lifetime of over 10 years and reasonable cost, Dahn says that this alone makes it the superior option for EVs.

“Lithium-ion really is the only battery at the moment that’s suitable for electric vehicles – the only one that has a long enough lifetime,” Dahn extols. “It has a high enough energy density, which means the ability to store enough energy per unit volume or per unit weight.

“It’s really the only battery option at the moment.”

Dean MacNeil, a team leader at NRC, shares that the cost of lithium-ion batteries are significantly lower to fuel cells, explaining that this has to do with manufacturing.

“I would say in the manufacturing space, the chemicals inside of it, where you actually get your electrons from not many major advances.”

To charge a lithium-ion battery, the vehicle must be plugged in at a charging station, where it produces electricity.

The benefit of the lithium-ion battery is that users can plug the car into a charging station, which some will have right out of their homes, which helps to eliminate range anxiety.

According to MacNeil, lithium-ion batteries do not need to be charged as often as people may think.

“The batteries in the vehicles you see today are sufficient to do two days worth of work for most drivers going to work or getting groceries – you do not need to charge as much as people think,” MacNeil says. “It takes a little bit more planning because charging stations are not as ubiquitous as gasoline stations, but it’s much easier than at least currently with hydrogen stations, as they are far and few.”

Hydrogen fuel stations do not offer the same convenience of being able to charge at home, and there are limited hydrogen fueling stations depending on location.

“If you’re going to your cottage, and you have an electric vehicle, you probably have a little charging station and you’ll be able to charge it,” Hatges says. “With a hydrogen fueling stations, however, if you don’t have one in the region that you’re traveling in, guess what? You’re driving your car back on a flatbed.”

The case for hydrogen fuel cells

On the other end of the spectrum, a hydrogen car is an electric vehicle with a small onboard battery that is continuously charged from a hydrogen fuel cell that pulls stored hydrogen gas, mixes it with oxygen from the atmosphere, and runs it through a proton exchange membrane, releasing electricity along the way.

François Lefèvre, senior manager of market intelligence and corporate planning at Nissan Canada Inc., told Canadian Manufacturing that in 2019, Nissan had under 100 hydrogen-fueled cars, which were all sold to the government.

“[Nissan] sees the sales number and the correlation between the programs that the government had 400 to sell, coincide with the actual sales of 2019,”Lefèvre says. “It’s pretty much all more by project related so it’s very minimal and I would say that almost zero retail customer purchased hydrogen vehicle in 2019.”

Vice-president Stephen Beatty says that being environmentally friendly has always been a priority for Toyota.

“There’s an aspirational goal that I think we all have, as citizens that we want to have the lowest possible impact on the environment,” says Beatty. “I don’t believe there’s any Canadian who would say that’s a good outcome that we should all be trying to achieve.”

Adds Beatty: “Canada has a clean grid that allows for low environmental impact charging on the fuel cell side.”

“Currently in the Vancouver area, there are three fueling stations online,” Girard says. “There’s also an investment currently for 10 more stations across British Columbia outside the Greater Vancouver and Greater Victoria area to expand the network.”

As well, there is an opportunity or fuel cells in heavy-duty applications due to the marketplace for heavy-duty and industrial vehicles in Canada.

“Frankly, Canada itself has a number of homegrown hydrogen fuel cell technologies that lend themselves to the space,” Beatty says. “We have qualified bus and truck manufacturers here in Canada and I think there’s electrician opportunity here for some really interesting Canadian spinoffs.”

Adds Beatty: “On top of the fact that we have this potential because our grid is claimed to be a world leader in the production of green hydrogen, it’s this nascent space, and I think it’s one of those great opportunities for Canadians to take some leadership.”

Similar sentiments were echoed by Dahn, who feels that hydrogen fuel cells will potentially have an advantage into long haul driving, because hydrogen tanks are often made on the larger scale.

“Long haul trucks might turn out to be the case that you want to go 1,000 kilometers before you fuel and the hydrogen fuel cell in a big truck, you could have a gigantic hydrogen tank and do that,” Dahn says.

“This is where I think it’s gonna be a big battleground between the batteries and the fuel cells,” Girard says. “I’m not convinced batteries are the best solution for long haul trucking.”

While hydrogen uses vapour to stay charged, it does not require as many batteries as the lithium-ion variety.

The debate to determine if lithium-ion batteries or hydrogen fuel cells reign as superior for the future of EVs may ask more questions before it provides any answers.

“There’s a lot of research groups that are doing trying to do comparisons,” MacNeil says. “It’s not finished yet. It’s the beginning of the competition.”

While the world has been turned upside by the recent COVID-19 pandemic, Hatges shares that once things normalize, original equipment manufacturers (OEMs) will meet and take a closer look at the future of EVs, as this debate is not one that they take lightly.

“The OEMs are facing a little interruption in their activity right now, so we’ll have to regroup once things sort of return to normal,” Hatges says.

“These are big capital costs – very serious costs,” Hatges concludes. “These kinds of projects are typically undertaken when people have capital available to undertake the changes they need to their manufacturing process.”