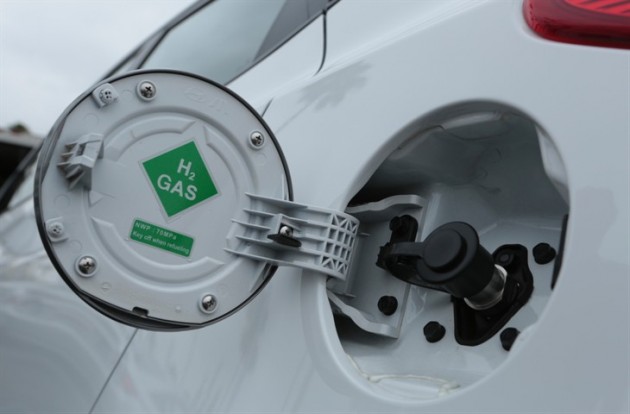 MARKHAM, Ont.—The majority of Canadians would love to get their vehicles off gasoline, but they aren’t eager to turn to electric, a new Hyundai Auto Canada Corp. research study, carried out in partnership with Ipsos Reid and Offsetters, found.

“[Hyundai] uncovered a strong appetite among Canadians for hydrogen fuel cell electric and non-gasoline powered vehicles, showing that it is time for a change in the auto industry,” the automaker said.

The consumer insight survey revealed three of four Canadians would like to drive a vehicle not powered by gasoline – but they aren’t keen to turn to traditional battery electric vehicles, with 71 per cent of those surveyed indicating that constantly having to charge a BEV is a pain and 67 per cent feeling they are too much of a hassle to drive.

Instead, Canadians are hoping the top of the periodic table will provide the transport energy of the future. 64 per cent of Canadians demonstrated an appetite to drive a vehicle powered by hydrogen and 77 per cent believe hydrogen fuel cell powered vehicles are the way of the future.

“Canadians have spoken. The appetite for hydrogen-powered vehicles is strong, and 80 percent of people agree that they would like the government to provide more support for the technology,” Don Romano, president and CEO of Hyundai Canada, said. “Now that we have made fuel cell vehicles available to Canadians, the hydrogen refueling infrastructure must follow to support further expansion. It’s time for other automotive manufacturers, governments, the hydrogen industry, and citizens to join us in this initiative to create a healthier environment for the next generation.”

Hyundai noted that prices for gasoline have fluctuated wildly over the last year, which might make eco-friendly vehicles appear less relevant on the surface, but, the Ipsos Reid survey revealed that 74 per cent of Canadians still see a major benefit in the fuel cell vehicles not being reliant on highly volatile fuel prices. More significantly, 82 per cent think that producing no greenhouse gas emissions is a major benefit of fuel cell vehicles. Canadians are irrefutably concerned about their vehicles tailpipe emissions.

In an effort to demonstrate the benefits of fuel cell technology in a Canadian environment, Hyundai commissioned a broad environmental impact study conducted by Offsetters. Taking into consideration the emissions created during the production of hydrogen fuel, the study found that driving a Hyundai Tucson FCEV for example, will result in 40 per cent less greenhouse gas emissions compared to driving a comparable gasoline-powered vehicle on a well-to-wheel basis. The Tucson FCEV is also found to emit fewer air contaminants that result in smog and acid rain, demonstrating a direct benefit to air quality in densely populated cities.

“Together, these two studies provide conclusive evidence that Canadians are looking to the auto industry for another environmentally-friendly option,” Romano said. “A fuel cell powertrain provides the range and ease of refueling Canadians are used to while producing only pure water vapour as exhaust.”

The study surveyed 1,501 Canadians online and is accurate to within 2.9 percentage points 19 times out of 20.