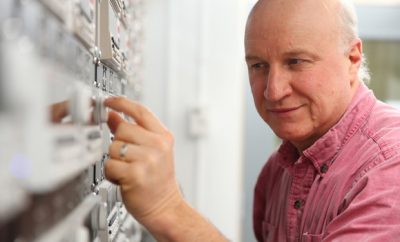 Dr. Jeff Dahn of Dalhousie University was to receive the Gerhard Herzberg Canada Gold Medal for Science and Engineering Feb. 7 in Ottawa.

The university says Dahn, 60, is one of the world’s leading battery researchers, working on lithium and lithium-ion batteries since 1978.

“Some of the goals of their collaboration are to develop lithium-ion batteries for automobiles and grid energy storage that are cheaper, more powerful and longer lasting, thus helping to ensure the wider adoption of electric vehicles and renewable energy,” according to the Natural Sciences and Engineering Research Council of Canada, which awards the Herzberg prize.

Dalhousie says Dahn has been focused on finding novel materials to meet increasing demand for the batteries, while improving production, storage and sustainability.

Dahn has been a pioneer in batteries for mobile devices, helping make lithium-ion batteries “part of our everyday lives,” the research council says.

“Faced with the problem of proving that lithium-ion batteries could be made to last 20 years, without actually waiting 20 years, Dahn and his team invented a high-precision tester that could accurately determine battery lifespan in a matter of weeks instead of decades,” the council said.

Two companies have been spun off from the Dahn Lab at Dalhousie.

“Combining fundamental and applied science has been a trademark throughout my career. I will use the Herzberg award to help perpetuate excellence in battery research at Dalhousie University long after my own retirement,” Dahn said in a statement.

Dahn was born in Bridgeport, Conn., and moved to Nova Scotia in 1970 with his family.

The university says it is the third time in four years that a Dalhousie researcher has won the Herzberg prize. Dahn also won the Governor General’s Innovation Award last year.