Working landscapes, including farms, forest and rangelands, will be key to meeting conservation goals 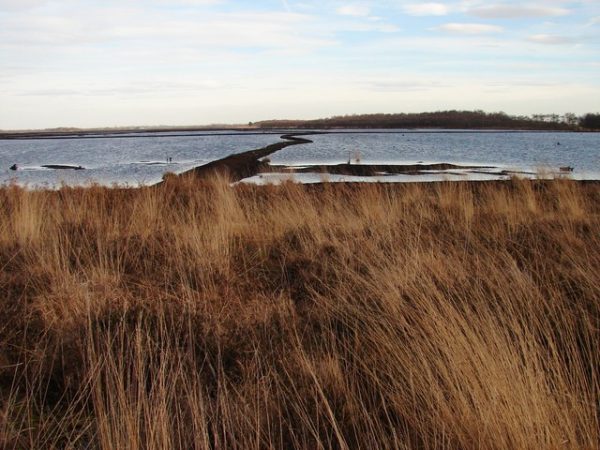 Canada has an extensive system of protected areas that, when added together, would cover an area slightly larger than Ontario. That’s larger than France and Spain combined, and more than three times the size of Germany.

But Canada also has a new conservation goal called 30 by 30, which aims to conserve at least 30 per cent of the nation’s lands and waters by 2030. Meeting this ambitious goal would mean roughly doubling Canada’s protected area. Doing this right means that new protected areas must conserve biodiversity and safeguard areas that store carbon, provide freshwater or are key areas for nature-based recreation.

Yet many of the key areas that provide these benefits overlap with competing land uses like agriculture, forestry and natural resource extraction. My colleagues and I recently published research that highlights this challenge in Canada. Our results indicate that traditional conservation approaches won’t likely be enough to meet Canada’s 30 by 30 goal, and that new and innovative conservation approaches will be required.

The 30 per cent by 2030 target comes from the High Ambition Coalition for People and Nature, a United Nations initiative that aims for aspirational action to address the global climate crisis. These targets are non-binding, but the hope is that they will spur new conservation actions around the world.

Fifty-five member nations, including Canada, the European Union, Japan and Mexico have pledged to meet the 30 by 30 target. Other countries like the United States, which is not a formal member of the coalition, have recently made similar pledges.

The reasoning behind the 30 per cent goal is clear: we must ensure that the natural areas that provide essential benefits to humanity, such as food, clean water, clean air and a stable climate, are protected. These are called “ecosystem services” and are the collection of benefits that natural environments provide humans.

Humans have significantly altered around 75 per cent of the Earth’s lands and have had strong negative effects on at least 40 per cent of the ocean, resulting in estimates that roughly a quarter of all species are threatened with extinction. The scientific consensus is that these current rates of global biodiversity and natural area loss threaten the world’s natural life support system. Expanding protected land globally is a key action that will help reverse these trends, protect biodiversity — and benefit human well-being.

Canada’s protected areas cover 12 per cent of the country, an area that was expected to increase to 17 per cent by the end of 2020 as new parks and conservation areas were finalized across the country. Expanding to 30 per cent from 12 per cent means adding an area roughly equivalent to Alberta, Saskatchewan and Manitoba combined.

Our study found that about two-thirds of the key areas that provide freshwater and recreational opportunities to Canadians overlap with agriculture and resource tenures (oil and gas, minerals and timber). This highlights the need for innovative conservation approaches, especially those that focus on working landscapes. While natural areas are often prioritized for conservation, farms, forests and rangelands will also be key to achieving the 30 per cent target.

Conservation in working landscapes requires new and versatile approaches. In agricultural landscapes it might include restoration and stewardship of land by landowners, adding pollinator wildflower strips to fields or improving soil and water management to safeguard water quality. In forests, it might involve safeguarding old-growth trees and their carbon stores by prioritizing forest ecosystem health and biodiversity over economic returns, maintaining complex forest structure by preserving large trees or encouraging canopy gaps, and planting diverse forest plantations to conserve biodiversity and ecosystem services.

Many of these techniques are not new, but including them in the same conservation toolbox as other conventional techniques would be novel. Conservation approaches in the past have largely focused on area-based approaches like protected areas. It would also be novel for governments to actively collaborate with communities, Indigenous peoples and conservation groups to implement conservation.

Understanding how to combine these approaches effectively to reach the goals of 30 by 30 is critical. Luckily, we have some templates for how to do this.

Biosphere reserves combine strictly protected and working lands and offer a key example of how to designate, manage and govern diverse types of conservation and human use. Indigenous protected and conserved areas are another example that can enable First Nations to govern, use and protect traditional lands according to their knowledge systems, laws and cultures, and are increasingly being implemented in Canada. Finally, urban parks, like Rouge National Urban Park in Toronto, provide key benefits to urban residents and help connect people living in cities to nature.

Major obstacles exist for using these types of new conservation approaches to meet 30 by 30. First, meeting 30 by 30 requires strict evaluation of the area that a conservation action covers, whether it is effective or not. Many of the approaches mentioned above do not fit easily into this type of accounting.

Second, the primary goal of 30 by 30 is biodiversity conservation, while some of the approaches above focus on ecosystem services first and biodiversity second. How should we decide between these different approaches? Where should the line be drawn as to what counts or not? There are no easy answers here.

Finally, these new approaches are complex, require greater political capital and co-operation between governments and the public, and can be difficult to enforce or monitor once established. This can lead to unexpected complications and delays, and push conservation towards easy rather then effective decisions, especially when a deadline like 30 by 30 is involved.

Despite these challenges, new conservation approaches have the real potential to conserve some of the most threatened species and ecosystem services in the places that they are most at risk. This will ensure that meeting 30 by 30 conserves nature and the essential benefits it provides people.