Federal budget 2021: More is needed to break the poverty cycle

The budget proposes some programs that would help reduce poverty, but it doesn’t go far enough 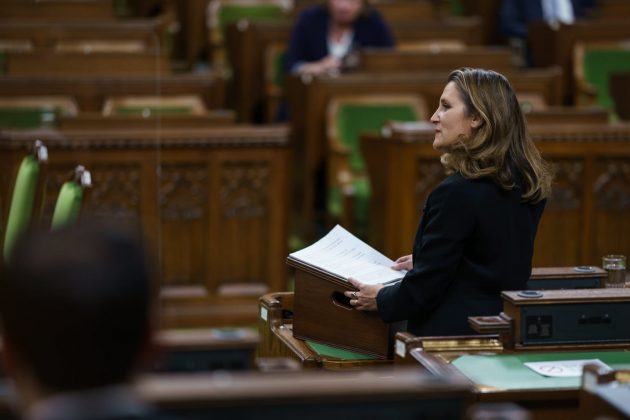 Nobody chooses to be poor. Poverty is far better explained by what scholars describe as a “life-course” perspective that links adult outcomes to the accumulation of lived experiences from their earliest childhood experiences.

After birth, adverse childhood experiences — including poverty — can lead to a wide range of challenges later in life.

We are part of the Manitoba Research Alliance, which has been doing research in Winnipeg’s inner city for close to 20 years. We have learned a great deal about what keeps people poor and what individuals living in poverty need if they are to climb their way out.

Research shows that the adult we end up being in the labour market, including the skills that will literally pay off, is influenced as early as our prenatal environment. Educational attainment is also heavily influenced by parents’ income.

People carry those childhood challenges or advantages into their adult life. Whether people end up in poverty — and their difficulty escaping it — is influenced by complex, persistent and intertwined circumstances. For example, poor housing and ill health are examples of factors often associated with poverty.

Who we become is a complex interrelationship of our combined life course, but being at the bottom makes for a very difficult climb up the social ladder.

In 2019, prior to the COVID-19 pandemic, about 3.7 million Canadians lived in poverty. The situation is worse now.

The 2021 federal budget acknowledges the “inequities exposed and exacerbated” during the COVID-19 pandemic, but the initiatives in the budget aimed at reducing poverty don’t go far enough.

The budget builds on the federal government’s previous commitments to poverty reduction by investing in a national childcare plan, increasing support for low-income students and persons with disabilities, targeting housing investment and providing more money for elderly people.

Ottawa is also increasing the minimum wage for workers in federally regulated industries to $15 an hour, but that will impact only about 67,000 workers nationally.

Expanding the Canada Workers Benefit to provide more assistance to people who have jobs but are still poor will help only 100,000 Canadians.

The budget also plans to build 35,000 affordable homes, but in 2018, about 1.6 million households (not individuals) were “in core housing need.”

Implementing an effective, comprehensive policy plan requires a deeper understanding of poverty. In addition to what we know about the causes of poverty, here are a few things we have learned about why it is so challenging to escape it.

Another individual who returned to school and completed a university degree said: “I imagine that middle-class families likely talk about education and careers around the dinner table. Not us,” she said, laughing. “We didn’t even have a dinner table!”

For those who muster up the courage to try education again, a host of new barriers often emerge. This has become evident for students learning remotely during the pandemic. As described by one student: “I can’t do this right now. I have a small apartment, children at home and no quiet place to study. Participating in online classes is impossible”.

Escaping is not easy

Many of those we have interviewed over the years have escaped poverty, but it wasn’t easy.

We have learned that what people living in poverty want and need is simply access to the opportunities that other Canadians have. They want good jobs, education, decent housing and enough money to buy the things they need with a bit left over for extras.

But a mountain of challenges means that many will require additional resources and supports if they are to achieve these modest dreams. Public policy should make the climb much easier than it currently is.

Poverty is the result of a lifetime of accumulated experience. It cannot be addressed with quick fixes. Rather, we need a long-term commitment to helping people overcome the sizeable obstacles outlined here that are both the cause of, and are created by, their poverty.