Conference Board says despite progress, transport sector must do more 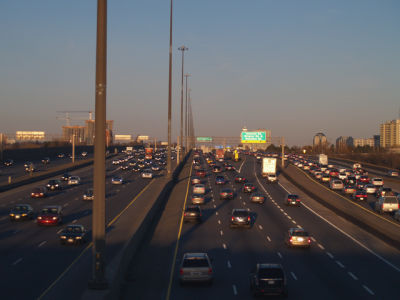 The Conference Board of Canada said the 80 per cent reduction in GHG emissions below 1990s levels will likely prove too significant. PHOTO: Floydian, via Wikimedia Commons

OTTAWA—Canada is unlikely to reach its ambitious target of reducing greenhouse gas emissions in the transportation sector to 80 per cent below 1990 levels by 2050, a new Conference Board of Canada report says.

The report estimates the transportation sector will generate 86 million tonnes of emissions by 2050, just 12 per cent below the 1990 level of 97.7 million tonnes. Though the researchers said greater market penetration for alternative technologies could result in a further 9.7 to 15 million tonne reduction, that would still leave the country more than 50 million tonnes short of the target.

“Canada is making progress reducing its GHG emissions and will continue to do so for the next decade. The challenge is that we are not moving fast enough,” Len Coad, research director of Public Policy at the Conference Board of Canada, said.

To meet the 2050 target, Canadian on-road emissions will have to drop 117 million tonnes from their 2013 level. Meanwhile, the continued growth in the sector’s emissions is weighing on efforts.

“Transportation emissions accounted for almost half of the increase in Canada’s emissions from 1990 to 2013, with road travel accounting for the largest share,” the board said.

In fact, the report found emissions in the sector crept up 40 per cent between 1990 and 2013, making the target that much more significant. In the near term, Canadians’ preference for light trucks is complicating emission reduction efforts.

“The challenge is significant for Canadians who will need to dramatically rethink their travel habits to achieve even a 50 per cent reduction target in road transport emissions,” Coad said.

The Conference Board said in order to realign with the goal, the sector must work hard on performance and efficiency, more ambitiously adopt alternative technologies and get people out of cars and onto other modes of transport. The transportation sector must also reduce the number of heavy trucks on the road by moving to rail and marine cargo transport, the report said.