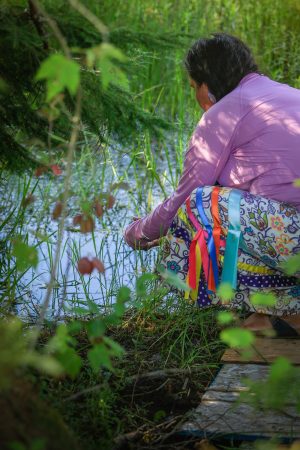 OTTAWA — The Government of Canada announced that they will invest $1.95 million over four years in conservation and stewardship efforts across the Eastern Georgian Bay region of Ontario.

“This on-the-ground work led by the Georgian Bay Biosphere and co-applicants, including the Shawanaga First Nation, the Magnetawan First Nation, and the Georgian Bay Land Trust, showcases what can be achieved for Canada’s biodiversity through collaboration,” Jonathan Wilkinson, minister of Environment and Climate Change, said in a prepared statement. “By working together with local communities across the country, we are working toward Canada’s goal of protecting a quarter of our lands and a quarter of our oceans by 2025.”

This funding, provided through the Canada Nature Fund’s Community-Nominated Priority Places initiative, enables partners to advance the conservation of habitat vital to the survival of 46 Canadian species at risk such as the massasauga, the Blanding’s turtle, and the midland painted turtle.

The project—led by the Georgian Bay Biosphere Mnidoo Gamii and co-applicants, including the Shawanaga First Nation, the Magnetawan First Nation, and the Georgian Bay Land Trust—works to build and nurture the necessary relationships and partnerships to gather data as well as plan and implement actions to address threats to wildlife, such as roads and railroads, invasive plants, and climate change.