Coronavirus closures could lead to a radical revolution in conservation

With widespread closures of parks and conservation areas, could this be an opportunity to transform the way we manage these protected environments? 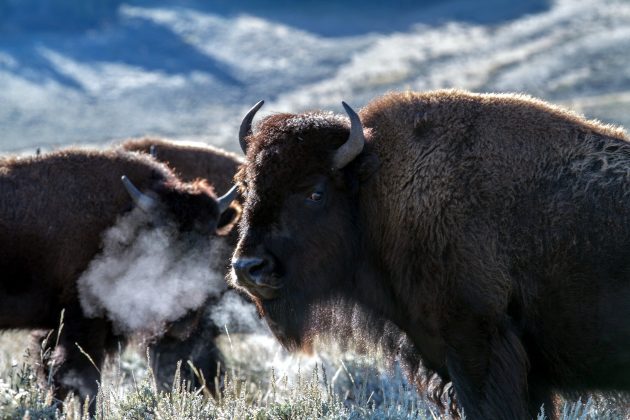 Image by Klaus Stebani from Pixabay

In the early days of the COVID-19 lockdowns, social media was flooded with reports of animals reclaiming abandoned environments. According to one widely shared post, dolphins had returned to the canals of Venice.

While many of those stories have since been debunked, conservationists are providing legitimate reports of cleaner air and water, and wildlife reclaiming contested habitats.

With widespread closures of parks and conservation areas around the world, could this be an opportunity to transform the way we manage and use these protected environments?

The ecological benefits of park closures

In Canada, wildlife sightings are on the rise. Cole Burton, a conservation biologist at the University of British Columbia, says that the pandemic has provided an opportunity to study how animals respond to less human recreation. Camera traps set in Golden Ears Provincial Park in British Columbia have captured amazing footage of wildlife, including cougars and bears, and rangers note some animals are becoming more active during the day.

In Yosemite National Park, California, where 400 bears have been hit by cars since 1995, staff have noted reduced noise and air pollution, and a surge of megafauna into the park’s fields and open spaces. Asked in a Facebook Live event how animals have responded to the park’s closure, Ranger Katie Patrick said, “for the most part, I think they’re having a party.”

In Sri Lanka, park closures have created greater freedom for animals stressed by over-visitation and unregulated feeding. Experts there have urged authorities to use the closures to enact a shift in the country’s wildlife tourism sector. Suggestions include restricting high-end tourism to select parks, diverting visitors to less visited areas, and limiting vehicle access.

Awareness of the health benefits of parks and natural areas has grown over the past 20 years. In the early 2000s, visitation rates to parks and conservation areas declined internationally, leading to concerns of “nature deficit disorder,” a term coined by Richard Louv. Louv blames “nature deficit disorder” on the separation of people from natural world, and argues it results in decreased emotional and physical well-being, including obesity, stress and dulled senses.

The concept of nature deficit disorder has been widely adopted by park managers as it helped to re-position parks as important sites of health promotion. Parks Victoria, in Australia, for example, launched the “Healthy Parks Healthy People” campaign in 2000 to encourage the connections between a healthy environment and healthy society. It has since become a dominant paradigm in park management around the world.

In 2006, the Canadian Parks Council produced its strategy “Healthy by Nature” and has promoted increased visitation as a means of “connecting Canadians with nature.” This approach is based on the idea that human health depends on access to healthy parks, and that healthy parks are dependent on support generated through visitation.

But critics have argued that Parks Canada’s renewed focus on boosting attendance has come at the expense of ecological integrity. From 2005-15, spending on conservation dropped to $99 million from $161 million, just 13 per cent of Parks Canada’s budget. At the same time, funding for “visitor experience” increased to $204 million from $163 million.

A recent evaluation of Canadian parks showed a significant increase in rule violations, with a strong correlation to the number of visitors at a site. Moreover, a 2016 State of the Parks Report found that 46 per cent of national park ecosystems in Canada were in just fair or poor condition. While this was a slight improvement from 2011, indicators in the monitoring program were cut by 28 per cent, raising questions about the scientific rigor of the reporting system.

When COVID-19 lockdowns were instituted, commentators encouraged people to seek out the health benefits of parks and natural areas. As parks saw a surge in visitors, these spaces were transformed from sites of health promotion to public health threats, leading to widespread closures across North America.

A 2015 report by The Lancet Commission on Planetary Health found that recent gains in public health (rising life expectancy, lower death rates in children under five) have come with biodiversity loss and environmental degradation. In response, the commission advanced the concept of “planetary health” to direct attention to the complex connections between the “health of human civilization and the state of the natural systems on which it depends.”

While some have called on Parks Canada to return to its mandate to protect ecological integrity, we need to move beyond stale debates about use versus preservation. Current closures provide an opportunity for a radical revolution in conservation and park management.

The adoption of a Planetary Health framework that aims to balance human and ecological well-being, builds on emerging partnerships with local communities and fosters innovative approaches to Indigenous-led conservation, would be a meaningful step in this direction.