Feds add over 405 acres of land to PEI National Park 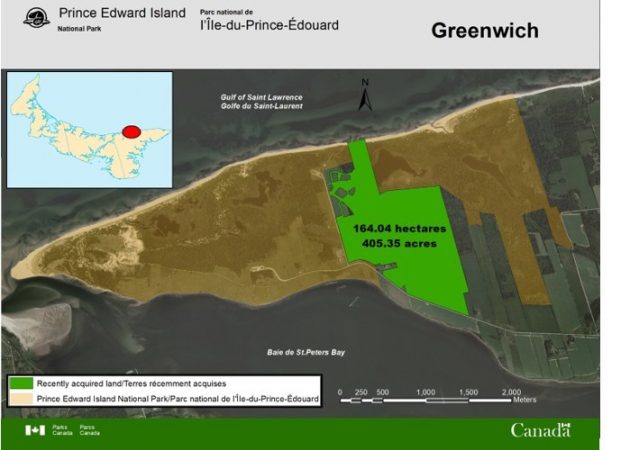 “The Government of Canada continues to safeguard Canada’s biodiversity by expanding our network of protected and conserved areas across the country,” said Jonathan Wilkinson, Minister of Environment and Climate Change, in a prepared statement. “Through the addition of this ecologically important property to PEI National Park at Greenwich, Parks Canada is protecting these vital ecosystems while providing opportunities for Canadians to spend time in nature.”

This land contains a forest, wetlands and coastal dunes that are home to many species at risk and rare species, such as the Piping Plover, the Yellow-banded Bumble Bee and the Little Brown Myotis (bat). Among the most spectacular natural characteristics to be protected at this site in Greenwich are the unusually large and mobile parabolic dunes with their associated counter ridges or Gegenwälle.

Parks Canada wishes to thank the sellers for their generous contribution to the conservation of this ecologically significant land.

Management of this new land will be guided by the PEI National Park Management Plan and Parks Canada will extend the existing ecological integrity monitoring program already taking place elsewhere in the park to learn more about the ecosystems.