by Donica Belisle, Associate Professor of History, University of Regina  May 12, 2020

Whatever the causes of food instability, there are demonstrable, viable solutions 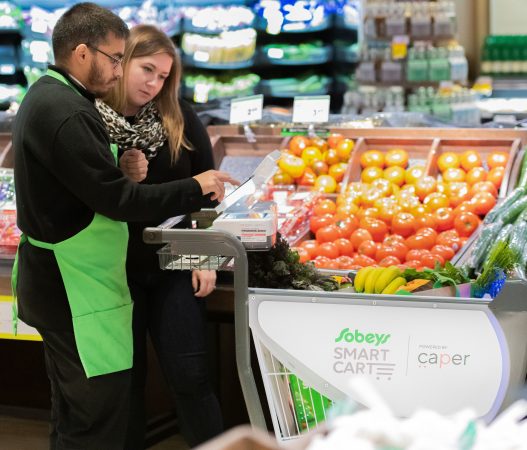 As news of the pandemic began circulating, Canadians hurried to grocery stores, laying in supplies for the upcoming crisis. By mid-March, experts had begun warning against hoarding. There is plenty of food in our supply chain, they said; do not “panic buy” lest we create shortages — and very real hardships — for vulnerable members of our communities.

As an historian of Canadian food, I am alarmed to see how pressures for productivity have endangered — and in some cases tragically taken — the lives of food workers. These tragedies are preventable and untenable. And there is historical precedent for strong government intervention in our food marketplace.

They brought their foods

When Europeans arrived, however, they brought their foods with them. By Confederation, English and French Canadians were transposing their preferences for beef, pork, sugar and wheat upon the northern American landscape.

As settlement increased, a battery of measures meant that Indigenous peoples faced increased barriers to their own food. Reserves, the pass system, residential schools, forced resettlement, species extinction and habitat loss have been especially harmful.

On the plains, for example, the extinction of wild bison in the 1870s dealt a severe blow to individual and community health. Simultaneously, Prime Minister John A. MacDonald’s determination to push a railway through to the Pacific Ocean, together with his plan to fill the plains with European wheat farmers, spurred his government to enforce settlement on reserves, including through forcible removals. Such actions were heinous. They also barred access to traditional animal and plant food.

Well into the 20th century, the food available to Indigenous peoples through rations and residential schools was carbohydrate-heavy and devoid of most nutrients. It was often also rancid. To this day, Indigenous people are three times more likely than non-Indigenous people to face food insecurity.

The effects of colonization show how state oppression has created and maintained food insecurity. It is, in fact, instructive to compare the difference between how the Canadian state has treated Indigenous people’s access to food, on the one hand, and British and Euro-Canadians’ access, on the other.

During the First and Second World Wars, the Canadian government moved to protect the food supply. During the First World War, Britain called upon its empire to increase shipments of beef, pork, butter, sugar and flour to the mother country.

In response, (and as I demonstrate in my recent book) — Canada stepped up production of these goods. It also introduced 28 orders-in-council that regulated meat, dairy, sugar and wheat consumption. At no time did Canada introduce rationing during this war; instead it urged compliance through propaganda, fines and jail sentences.

Things were different the next war. Having witnessed skyrocketing inflation between 1917 and 1921, the federal government created the Wartime Prices and Trade Board (WPTB) in 1939.

Designed to curb inflation, reduce shortages and secure supplies for overseas, the WPTB was an unprecedented intervention. In 1941, the WPTB introduced “comprehensive price, rent, and wage controls.” The next year, it introduced rationing. To purchase meat, sugar, butter, preserves, tea and coffee, Canadians had to use ration coupons.

What we can learn from the past

Today’s problems differ from those of other times. Especially pressing are dangers affecting agricultural, butchery and grocery workers. There are also important difficulties that food distributors encounter when retooling wholesale products for retail.

Nonetheless, other problems are familiar. Now more than ever, it is important to address how disruptions affect food insecurity. Some First Nations are already taking action against possible shortages. Intermittent shortages in the retail sector — caused by supply disruption, increased consumer demand and decreased wholesale demand — also affect shoppers who cannot buy in bulk. Empty grocery shelves further affect those who shop infrequently in efforts to socially distance.

As Canadians experienced during the First World War, shortages often precipitate price hikes. Already, Atlantic grocery distributors are reporting changes to prices. In the North, further inflation would be unconscionable, given that northerners already struggle with outrageous prices.

In the past, much finger-pointing accompanied price markups, with some arguing that profiteers deliberately raised prices and others suggesting that inflation was the inevitable result of disequilibrium.

Whatever the causes of food instability, however, there are demonstrable viable solutions, in both the past and present. To this day, Indigenous food systems are equitable and sustainable.

It is time now to revisit how Canadians produce and distribute food. The twin spectres of food insecurity and fatal illness demand such consideration.