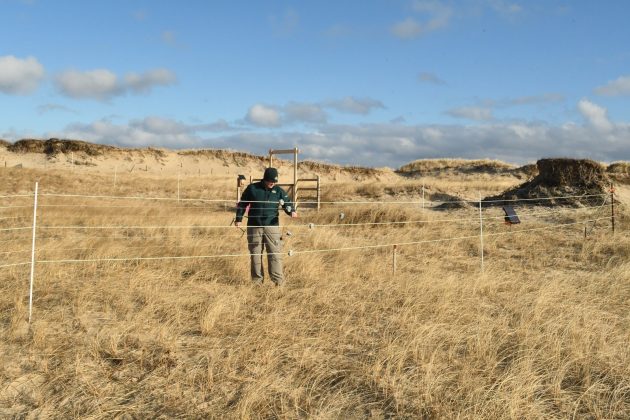 HALIFAX, NS — The Government of Canada is announced a federal investment of $682,000 for a project to protect important habitats at Sable Island National Park Reserve and better understand the influence of the wild horses on its ecosystems.

“Nature is central to Canada’s culture, prosperity and way of life. Sable Island National Park Reserve is known for its wild horses, rich history and unique biodiversity,” said Andy Fillmore, Parliamentary Secretary to the Minister of Infrastructure, in a prepared statement. “Parks Canada and the Sable Island Institute will lead this significant work, while establishing education and outreach opportunities aimed at building connections for Canadians to this iconic national treasure.”

With this funding, Parks Canada and the Sable Island Institute are launching a collaborative study, Fences in the Sand, where a series of small fenced areas will be installed to exclude horses from selected sites on the island to help provide new knowledge about Sable Island National Park Reserve. The project team will install nine fenced exclosures, each one hectare in size. Scientists will collect and analyze data to understand direct and/or indirect influences of horses on: dune processes (i.e. erosion), ecological integrity of freshwater ponds (including rare plants, water quality, and invertebrates), and rare species and their habitats (including Roseate terns, Ipswich Sparrows and rare or endemic insects).

Funded through Parks Canada’s Conservation and Restoration Program, the project will also support the development of interpretative material designed for virtual visitors so Canadians can learn more about the Fences in the Sand project and the importance of ecological integrity in managing national parks like Sable Island National Park Reserve.