Murray signalled she wants to get past the current scandal and contribute to the government's work in reducing poverty, tackling climate change and creating jobs 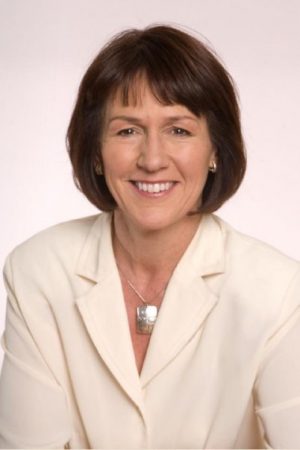 OTTAWA – Prime Minister Justin Trudeau’s newest cabinet minister says she wants to move on from the controversy that has resulted in her appointment to president of the Treasury Board.

“The past few weeks have been difficult, and I have expressed my confidence in our prime minister and our support for the work we are doing on behalf of Canadians,” said British Columbia MP Joyce Murray, after she was sworn in at Rideau Hall.

Murray signalled she wants to get past the current scandal and contribute to the government’s work in reducing poverty, tackling climate change and creating jobs.

“We all want to work together to further that agenda over the coming months until the October election.”

In January, Trudeau moved Jody Wilson-Raybould to Veterans Affairs from the justice portfolio, which went to David Lametti, in a medium-sized shuffle caused by minister Scott Brison’s retirement from politics.

Then the prime minister made changes to fill the void left by Wilson-Raybould after she quit cabinet and said she had been pressured to stop the trial of SNC-Lavalin on bribery and fraud charges related to contracts in Libya.

A few days after that mini-shuffle, Philpott resigned as Treasury Board president, saying she had lost confidence in Trudeau’s handling of the SNC-Lavalin affair.

Murray said she looks forward to having Philpott and Wilson-Raybould continue in the Liberal caucus under Trudeau’s leadership, if that’s their choice.

Murray also said she doesn’t need to hear any more from Wilson-Raybould on the SNC-Lavalin issue.

The prime minister has been clear there was “a failure of communication,” said Murray. “He will be leading our team in looking at how we can do better.”

Murray, 64, was elected in 2008 and served previously as a minister in B.C.’s provincial government. She was also one of a handful of MPs to make a run for the Liberal party leadership in 2012.

Murray was first elected federally in Vancouver Quadra in 2008. Her appointment to cabinet is a promotion from her role as parliamentary secretary to the president of the Treasury Board. It also allows Trudeau to maintain a gender balance around the cabinet table.

Treasury Board is a less visible ministry concerned with the nuts and bolts of government operations, but it has the potential for scandal if it falters in its stewardship of federal spending.

Last month, Murray and her family dealt with a personal ordeal when her son had to be medically evacuated from Mexico to Vancouver after suffering severe injuries during his honeymoon in Cancun. Erik Brinkman fell from a height and underwent extensive surgery in Mexico to stabilize multiple fractures.

Murray has two sons and a daughter with her husband, Dirk Brinkman. They founded the tree-planting company Brinkman Group in 1979.

She said her son is continuing his recovery in Vancouver General Hospital: “He’s healing well; he’s in great spirits.”