A source said the shuffle will be "internal to the existing cabinet,'' meaning no new ministers will be brought in 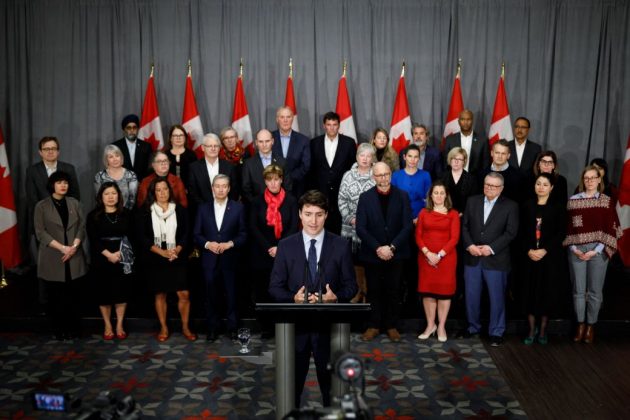 OTTAWA – Prime Minister Justin Trudeau is set to shuffle the federal cabinet on Friday as he looks to fill the void left by the resignation of Jody Wilson-Raybould, a senior government source confirmed Thursday evening.

The source, speaking to The Canadian Press on condition of anonymity because no official announcement had been made, said the shuffle will be “internal to the existing cabinet,” meaning no new ministers will be brought in.

A small number of ministers will change roles, the source said, primarily so that the Department of Veterans Affairs will have a dedicated minister again.

Wilson-Raybould, who was moved from the justice portfolio to veterans affairs in the last federal cabinet shuffle in mid-January, resigned her post Feb. 12.

Defence Minister Harjit Sajjan has been acting as the minister of veterans affairs since then.

On Wednesday, Wilson-Raybould testified to the House of Commons justice committee that she was pressured by Trudeau, his senior staff and others to halt a criminal prosecution of Montreal engineering giant SNC-Lavalin.

She also testified that she held firm in her conviction not to intervene in the case, telling Trudeau at one point that she would strongly advise him against interfering with her functions as attorney general.

When asked by Conservative MP Lisa Raitt whether she thought she was removed as attorney general because she “spoke truth to power,” Wilson-Raybould said she was “concerned” that was the case.

Trudeau has denied that the SNC-Lavalin affair had anything to do with Wilson-Raybould’s being moved out of the justice portfolio in January. That shuffle was precipitated by former Treasury Board president Scott Brison’s decision to leave politics.

“If Scott Brison had not stepped down from cabinet, Jody Wilson-Raybould would still be minister of justice and attorney general,” Trudeau said Feb. 15.

Now, for the second time in six weeks, Trudeau’s ministers will be on the move again.