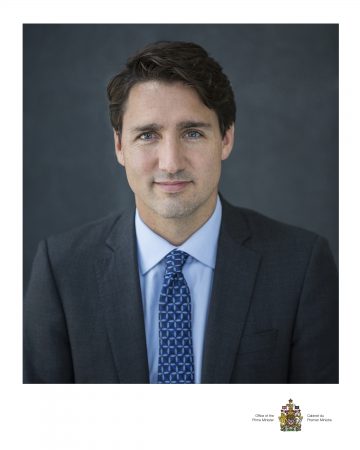 OTTAWA – Prime Minister Justin Trudeau will try to put the SNC-Lavalin affair behind him today by acknowledging mistakes were made and promising to do better in future.

But while he’ll adopt a more conciliatory tone, well-placed sources say Trudeau will continue to insist there was no unethical or illegal behaviour involved. Rather, he is expected to attribute the controversy to a breakdown in trust and communications between his office and former attorney general Jody Wilson-Raybould.

The sources spoke on condition of anonymity because they were not authorized to speak publicly about the statement Trudeau is scheduled to make at an early morning news conference today.

Trudeau’s government has been reeling for the past month since allegations first surfaced that Wilson-Raybould was improperly pressured to stop a criminal prosecution of SNC-Lavalin and was punished for her refusal to give in by being moved out of the justice portfolio to veterans affairs in an early January cabinet shuffle.

She resigned from cabinet shortly after the controversy erupted. Her close friend and cabinet ally, Treasury Board president Jane Philpott, resigned in solidarity on Monday, saying she’d lost confidence in the government’s handling of the SNC-Lavalin affair.

Butts testified before the House of Commons justice committee Wednesday, methodically and calmly rebutting explosive testimony from Wilson-Raybould the week before that she was relentlessly pressured last fall – and even received veiled threats about her future as justice minister – to intervene in the criminal trial of the Montreal engineering giant.

Wilson-Raybould maintained the pressure was exerted to convince her to reverse a decision by the director of public prosecutions, Kathleen Roussel, to pursue a criminal trial of SNC-Lavalin on charges of bribery and corruption related to contracts in Libya.

She said Trudeau, his senior aides, the clerk of the Privy Council and Finance Minister Bill Morneau’s office all wanted her to direct Roussel to negotiate a remediation agreement, which would have forced the company to pay stiff reparations while avoiding a possible criminal conviction that could threaten its financial viability and the livelihoods of its 9,000 Canadian employees. While the pressure was inappropriate, Wilson-Raybould said it was not illegal.

Butts countered that all they wanted was for Wilson-Raybould to seek a second opinion from an eminent retired judge so that the government could demonstrate it had seriously considered all legal options, given the jobs that were potentially at stake. He maintained all involved recognized that the final decision was the attorney general’s alone and no one crossed the line into applying inappropriate pressure.

Butts also laid the groundwork for the approach Trudeau is expected to take today.

“A breakdown in the relationship between the former attorney general and the prime minister occurred,” he told the committee. “That breakdown coloured the unrelated events of the fall of 2018 in a negative light for many of the people involved. As the main point of contact in the PMO for the former minister of justice, I take responsibility for it.”

Insiders believe Butts offered a credible counter-narrative that now allows the prime minister to say both sides thought they were doing the right thing but a breakdown in communications between them led to the rupture.

In owning some responsibility for the mistakes, the sources said Trudeau will essentially be offering a way for Wilson-Raybould and Philpott to walk back their professed loss of confidence in the government, rejoin the Liberal team and move on with the heavy agenda he hopes to accomplish before Canadians head to the polls in October.

Both former ministers have said they intend to continue as part of the Liberal caucus and both have been nominated to run again for the Liberals this fall. However, should they persist in saying they have no confidence in Trudeau’s government, the source said Liberal MPs would likely demand they be kicked out of caucus and Trudeau would refuse to allow them to run for the party again.

Wilson-Raybould showed little sign Wednesday of relenting. Opposition members of the justice committee are pushing for her to be invited back to respond to Butts’ testimony and she indicated in a statement that she’d be happy to do so.

Opposition parties also have no interest in letting Trudeau portray the controversy as a family dispute that can be fixed and forgotten. They will doubtless continue asserting that the affair amounts to political interference in the criminal justice system and demanding that all other officials named by Wilson-Raybould be called to testify.

Moreover, Conservative Leader Andrew Scheer has requested that the RCMP investigate the matter and the federal ethics commissioner is conducting his own investigation into it – either of which could yet add fuel to the SNC-Lavalin fire.