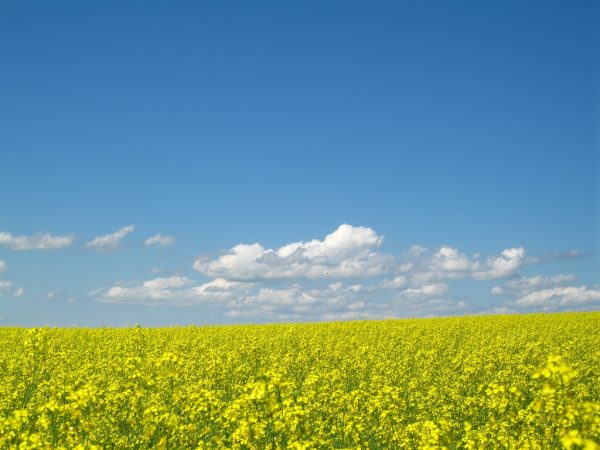 China’s decision to block some Canadian canola imports helped push down the commodity price and created a logistical headache for exporters reliant on the key overseas market.

China’s foreign ministry said Wednesday that it is blocking some imports of Canadian canola due to fears of insect infestation. Richardson International Ltd., one of Canada’s largest grain producers, said Tuesday that the country had revoked its permit to export canola there amid infestation allegations. Canada disputes that claim.

Some have suggested the block may be the latest swipe against the Canadian government for arresting a top Chinese tech executive.

“We’ve seen a huge drop off in canola prices, especially over the past couple of weeks,” said Bruce Burnett, director of weather and markets at Glacier FarmMedia.

He called it a major drop for the commodity, which likely wouldn’t have happened without the backdrop of a deteriorating relationship between China and Canada. The fallout follows the arrest of Chinese tech giant Huawei CFO Meng Wanzhou in Vancouver on Dec. 1, 2018.

Related:
China cites pest concerns as the reason for a ban on Canadian canola

On Dec. 3, the May futures contract, which he noted was not the most actively traded at the time, closed at $496 per tonne. Wednesday afternoon, it was trading at about $456 – a roughly eight per cent drop. It was expected that exports to China would remain strong through most of the crop year, he said, with fairly solid prices.

Canada exported about $3.6 billion worth of canola seed, oil and meal to China in 2017, according to the Canola Council of Canada’s most recent figures.

Now that China has blocked Richardson’s shipments, the question becomes: what will happen to other companies, Burnett said.

It’s possible others could have their permits revoked. But, unlike Winnipeg-based Richardson, other players in Canada tend to be part of large multinational organizations. Regina-based Viterra Inc., for example, is part of Switzerland-based Glencore International.

While it’s hard to read the minds of what the Chinese government is thinking, it’s likely these companies will be very cautious, he said.

“There’s large amounts of money involved here that the companies will be very wary of shipping cargos that could be rejected or that type of thing.”

They could try to turn to other markets that import Canadian canola, said Burnett, such as parts of southeast Asia.

“Can they wholly replace the demand that China represents?” he said. “That’s probably a hard thing to happen.”

Al Mussel, research lead and founder of Agri-Food Economic Systems Inc., said it’s a convenient time for China to decrease the amount of canola it imports because the country is grappling with an outbreak of African Swine Fever, a fatal disease that targets pigs.

That means China doesn’t need as much canola to feed its pig herd, said Mussell, adding that some estimate the country will drop its pork production by up to 20 per cent this year.

Rick White, CEO of the Canadian Canola Growers Association, said the lower commodity price and blockage of some exports could have a detrimental impact on farmers.

He was hopeful the two countries will work out a solution within a month or so, before the situation can create long-term effects like farmers choosing to grow less canola or lock in to sell this year’s crop at the current low price.