Wilson Raybould, out of cabinet, seeks place in Liberal caucus 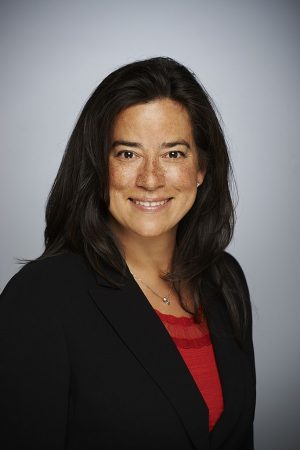 Wilson-Raybould, speaking on the way into a caucus meeting on Parliament Hill, says she knows it is frustrating for many people that she cannot comment further, adding she still needs to know what she can and cannot say.

The former justice minister and attorney general, who resigned from cabinet last week, has sought legal advice from former Supreme Court justice Thomas Cromwell amid questions over the SNC-Lavalin controversy.

The Globe and Mail has reported that Wilson-Raybould, who was shuffled into the veterans-affairs portfolio in January, was pressured by staff inside the Prime Minister’s Office to help the Montreal engineering giant avoid a criminal case on corruption charges related to government contracts in Libya.

Wilson-Raybould has cited concerns over solicitor-client privilege in saying she can’t speak further about the circumstances around her departure from cabinet.

On Monday, Trudeau’s principal secretary and longtime political adviser Gerald Butts resigned from his position while repeating that he did not pressure Wilson-Raybould.