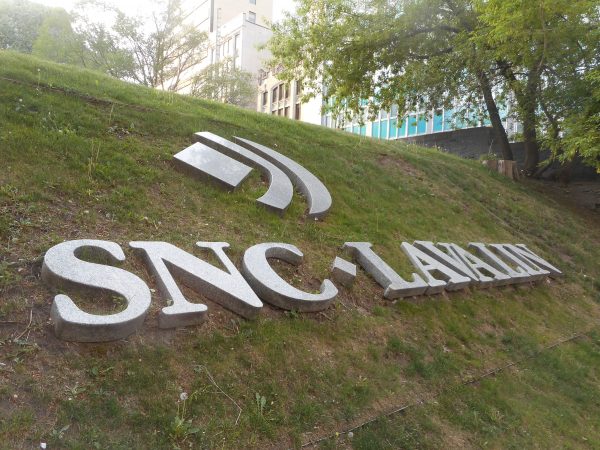 OTTAWA _ SNC-Lavalin, facing a 10-year ban from federal business over corruption charges, urged the Liberal government in 2017 to water down the penalty scheme for corporate misconduct to the point a guilty company could completely dodge a ban on receiving public contracts.

In essence, the engineering and construction giant recommended the Liberals leave wiggle room for a “zero debarment” time period under the government’s integrity regime.

The regime’s current rules disqualify offenders from receiving federal contracts for a decade, though in certain cases the period can be trimmed down to five years.

The request was part of SNC-Lavalin’s submission to public consultations that explored the merits of changing Ottawa’s tools to deter and punish unethical corporate behaviour. The document was obtained by The Canadian Press under the Access to Information Act.

A forthcoming proposal to update the integrity regime – which Public Services Minister Carla Qualtrough has said will be finalized in about a month – might have major consequences for SNC-Lavalin. It could help the embattled firm avoid a lengthy, economically punishing ban on federal contracts.

Related:
PM will try to douse SNC Lavalin fire by admitting mistakes but nothing illegal

The Montreal-based company finds itself at the centre of a national political storm amid allegations prime ministerial aides leaned on former attorney general Jody Wilson-Raybould to help the engineering firm avoid criminal prosecution.

The company was charged in 2015 with corruption and fraud over allegations it resorted to bribery while pursuing business in Libya.

Wilson-Raybould recently told the House of Commons justice committee she came under relentless pressure from the Prime Minister’s Office and other federal officials to ensure the company was invited to negotiate a remediation agreement, a sort of plea bargain that could allow it to continue doing business with the government.

SNC-Lavalin lobbied the government for the creation of a remediation agreement tool _ but the federal director of public prosecutions ruled late last year that its case was ill-suited for such an agreement. Wilson-Raybould agreed with the director’s decision and declined to overturn it, though she had the power to do so.

However, the company could still escape severe punishment through an update to the integrity regime, which is aimed at fostering ethical business practices by shunning companies guilty of offences such as bid-rigging, bribery, fraud and money-laundering.

The proposal, which triggered another round of public consultations, was intended to take effect in early 2019, but the government has not yet indicated whether or when it will proceed.

Qualtrough, the minister in charge of federal procurement, told a Commons committee last week the government wants more flexibility in the regime for dealing with companies that have integrity problems.

The 2017 consultations canvassed opinions about the overall federal integrity regime, including input on the sanctions that can prohibit a company from receiving government contracts _ a process known as debarment.

In a written submission to the government consultation, SNC-Lavalin called on Ottawa to align its ineligibility guidelines with those of the United States, where an organization could be excluded from bidding on procurement contracts for up to three years, with the possibility of extension.

“This also means that discretion allows for a zero debarment time period,” said the October 2017 submission.

SNC-Lavalin argued the current penalties were “sufficiently draconian” to discourage a company from disclosing wrongdoing by rogue employees. It said there should be “little or no consequence” for a firm that condemns bad conduct promptly and punishes the employees in question.

“When it comes to fostering a culture of good ethics in business, as the saying goes: ‘One good sacking is worth a thousand memos.”’

In sum, the company said the integrity rules should not result in punishment of companies that have “legitimately disavowed their employee’s misconduct in ways that make it clear the company itself had no criminal intent to commit the misconduct.”

A federal summary of the integrity regime consultation indicates SNC-Lavalin was not alone in its views about the penalties, saying most participants felt the existing disqualification period was too long. “The principal view was to favour full discretion in the determination of a period of ineligibility, including the ability to reduce the period to zero,” the summary says.