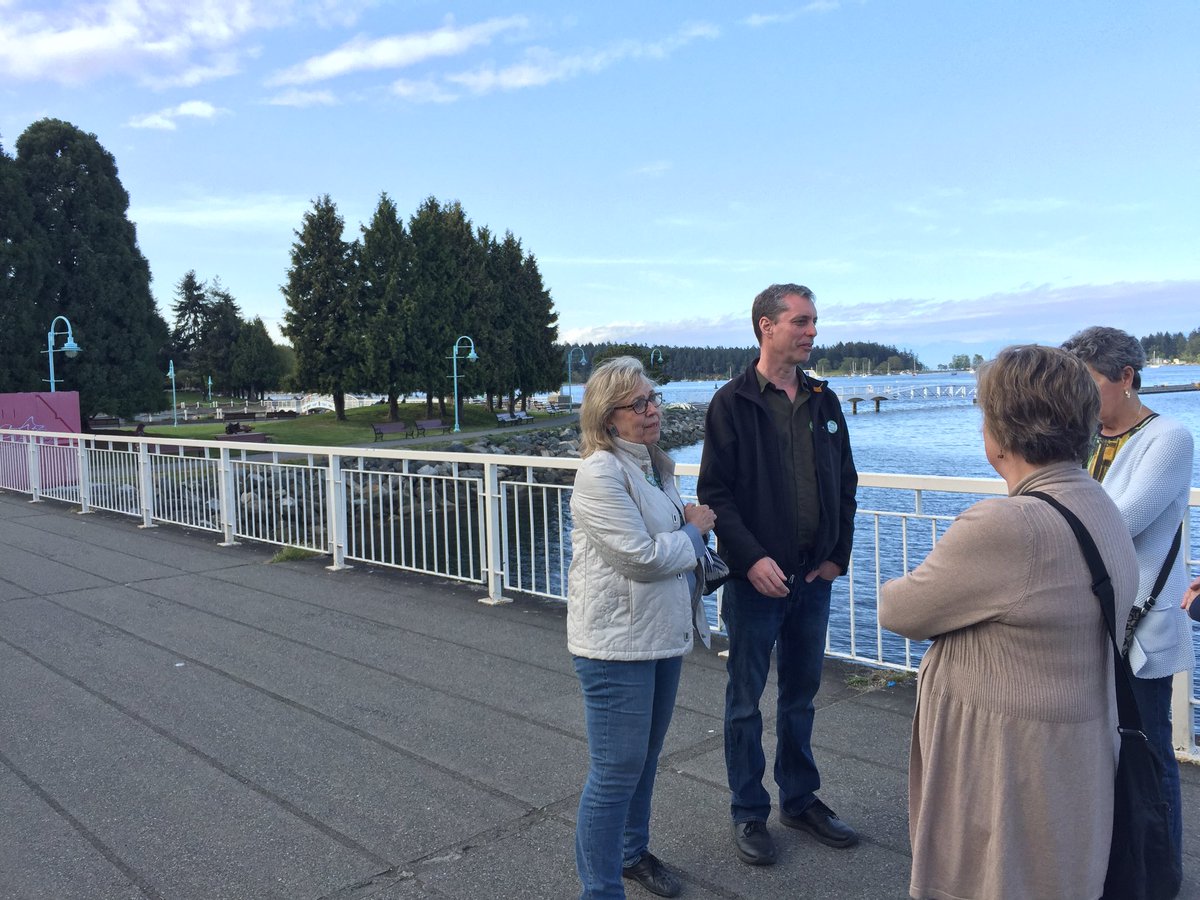 The connection: concerns about climate change are becoming a bigger and bigger influence at the ballot box, Paul Manly said in an interview the day after.

Manly blew away the traditional parties in the race to fill the seat in Nanaimo-Ladysmith, finishing 5,000 votes ahead of the Conservative. The NDP, who won the riding in 2015, finished a distant third and the governing Liberals placed fourth.

Manly said while voters raised affordable housing, health care, and small-business woes with him, climate change was a thread woven through most of his interactions on the doorstep.

His win, he said, is a victory for the environment.

“It sends a strong signal to the other parties that people are serious about climate change and it’s time to stop subsidizing the fossil-fuel industry and move forward with a clean-energy economy,” Manly told The Canadian Press in an interview.

Last summer, voters in his riding spent most of August indoors or breathing smoky air as their province suffered through its worst forest-fire season on record, with the number of fires exceeding the tally British Columbia had set just the year before.

Residents are already being forced to conserve water, with rivers in the region running at 40% of their normal levels.

And during the vote, they watched from afar as parts of Central and Atlantic Canada tried to beat back the second once-a-century flood in less than three years. Politicians of all stripes were tripping over each other to link the floods to climate change.

Manly is only the second Green candidate to ever get elected and will join leader Elizabeth May in the House of Commons when he is sworn in later this month.

Abacus Data, in a new poll released Tuesday, found what it called “a marked rise” in the number of Canadians who would consider voting Green, giving the party more hope for the fall election. But the Greens in the past have not been able to convert interest from voters between elections to support on voting days.

Manly acknowledges that voting for him in a byelection isn’t the same as a general election, when the direction of the whole government is on the line. But he thinks he will be safe come the fall general election because he now has incumbency status.

The Liberals and NDP are clearly looking over their shoulders at the Greens, who have had a number of successes at the provincial level in the last year, culminating in Prince Edward Island’s decision to elect them to official opposition last month. Greens have been elected to legislatures in New Brunswick and Ontario and three Greens have held the balance of power in B.C.’s minority government since 2017.

NDP leader Jagmeet Singh, whose party held Nanaimo-Ladysmith until MP Sheila Malcolmson resigned in January to run provincially, said he thinks the byelection shows people are encouraged about actions on the environment. But he admitted there are some lessons to be learned.

“We’ll learn from ways we can improve our communications, our contacting our voters and making sure they come out to vote,” he said.

Despite the plunge in Liberal support in the byelection—they’d run second in Nanaimo-Ladysmith in 2015—Prime Minister Justin Trudeau said Manly’s win is a sign Canadians are “preoccupied” by climate change. He says that tells him his party’s strategy to promote its climate-change plan, versus what he calls the inaction of the Conservatives, is the way to go.

“That’s certainly the point we are going to be making throughout the fall,” he said.

Fourteen of Canada’s most prominent environment advocacy groups stepped up Tuesday to try to take advantage of Canadians’ growing concern about the environment, to ask the parties to weigh in on their positions on 20 environment policies. The groups want bigger cuts to greenhouse-gas emissions, a national law banning single-use plastics and stronger laws to bar toxic chemicals and pesticides.

They also want parties to commit to an independent review of whether the Trans Mountain pipeline expansion would be economically beneficial. The Liberals’ support for the pipeline project is a sticking point for some environment activists, who privately admit they fear voting Green or NDP could split the vote and help elect a Conservative government which they see as less committed to climate-change action. But at the same time they wonder whether they can swallow a Liberal party that supports a major oil pipeline.

Both the NDP and the Conservatives say they’ll release their climate plans later this spring.

Keith Brooks, program director at Environmental Defence, said Tuesday that polls show climate change and the environment are top-of-mind for a majority of Canadians.

Brooks said as a registered charity, his group can’t endorse any party, but he is warning the consequences of what voters do could be immense.

“There is a significant risk that we might elect a party who doesn’t take climate change seriously, who doesn’t have a credible plan to deal with the environment and that would set us back quite significantly,” he said.

—With files from Kristy Kirkup