The federal Liberals and NDP are competing for climate change credentials, while Scheer's Conservatives have yet to reveal their climate plan 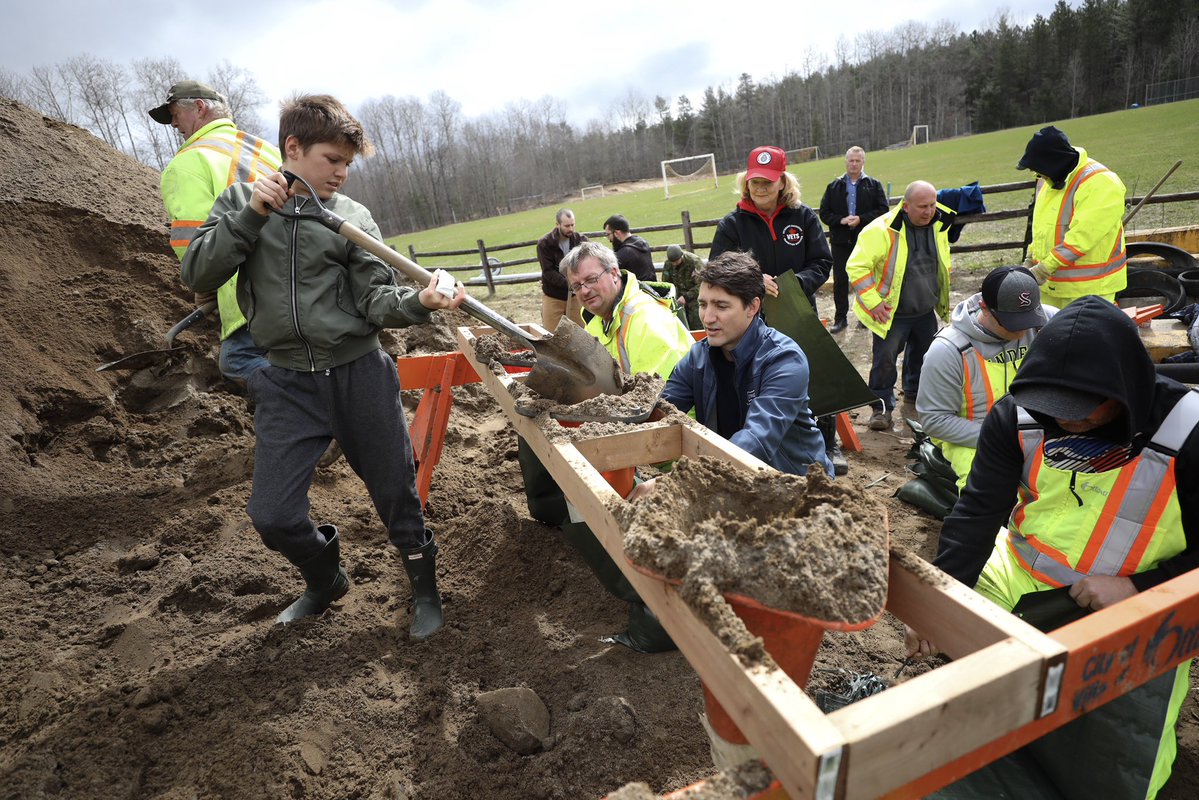 OTTAWA—In a battle to see who can prove they care more about the environment, both the Liberals and the federal New Democrats are pushing motions this week to declare climate change a national emergency.

With the flooding waters of the Ottawa River at the base of Parliament Hill as a backdrop, the competing motions both appeared on the House of Commons notice paper Monday. Both come a week after the Green Party won a byelection in British Columbia, which even Prime Minister Justin Trudeau took as voters signalling growing concern with climate change.

The Liberal motion, which is to be debated Thursday, asks MPs to recommit to the Paris climate-change accord by meeting the existing targets for cutting greenhouse-gas emissions and toughening them as is required to meet the accord’s stated objective of keeping global warming as close to 1.5 C as possible.

The NDP motion, which is to be debated first on Wednesday, also seeks to hit those targets and calls for the government to bail on the Trans Mountain pipeline expansion and end fossil-fuel subsidies. NDP Leader Jagmeet Singh says pipelines and fossil-fuel subsidies are not congruent with climate-change action.

David Coletto, CEO of Abacus Data, said the motions are an indication the parties acknowledge public concern about climate change has sharpened, particularly this spring as parts of Ontario, Quebec and New Brunswick have dealt with once-a-century floods for the second time in two or three years.

“We are seeing a rise in the intensity of concern,” said Coletto.

Environment Minister Catherine McKenna was not hiding the strategy behind the Liberal motion: pushing the Conservatives to declare their support for the Paris agreement targets or tip their hand on leader Andrew Scheer’s yet-unreleased climate-change plan by voting against them.

“I think it’s really important to have this debate and I’m really interested in seeing what other parties will say, in particular the Conservative party,” McKenna said Tuesday. “We’ve seen Andrew Scheer (have) no climate plan for over a year, and having secret meetings with oil lobbyists. I assume that’s how they’re going to develop their climate plan.”

“Canadians have come to expect these kinds empty gestures from the Liberals when it comes to climate change,” shot back Brock Harrison, Scheer’s spokesman. “Heavy on rhetoric, light on results. Under Justin Trudeau, Canada is falling further and further away from hitting its emissions targets.”

The Tories have “a real plan that recognizes Canada’s role in lowering global emissions,” he said.

Canada’s greenhouse-gas emissions targets now are the same as the ones the former Conservative government brought forward in 2015, six months before the last election, but Scheer has been less than certain about meeting them in recent months. He told CTV‘s Question Period Sunday the Conservative plan—expected next month—will “give Canada the best possible shot” at meeting its targets without a carbon tax.

The Liberals have brought climate-change motions at least twice before. The Conservatives voted en masse against supporting the Paris Agreement in October 2016, but eight months later, all but one Conservative MP voted in favour of reiterating Canada’s support for the agreement after the United States signalled it was going to pull out of it.

Scientists say the planet has already warmed up about 1 C compared to the pre-industrial era, and without drastic action by governments around the world to curb emissions, the earth is going to blow past the 1.5 C mark by 2040. An Environment Canada report released in April shows Canada is warming up twice as fast as the global average.

The Liberals are unlikely to support the NDP motion because of the pipeline component. Finance Minister Bill Morneau confirmed Tuesday in the Senate that cabinet will make its decision on June 18 whether to approve the Trans Mountain pipeline expansion a second time.