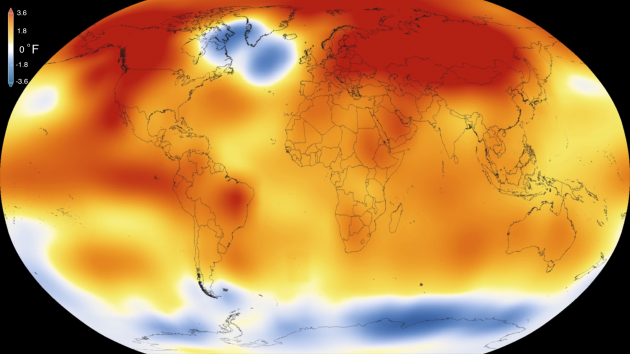 OTTAWA—Several hundred Canadian millennials planned to rally in at least 30 cities across the country Wednesday, demanding a federal leaders’ debate on climate change.

Emma Jackson, a field organizer with the group Our Time, said the science is clear that humanity only has 11 years to get a grip on greenhouse-gas emissions before global warming becomes catastrophic and irreversible.

Last fall, the United Nations Intergovernmental Panel on Climate Change released a report warning that the world was nowhere near being on track to cut emissions enough to hit the Paris climate-accord target to keep global warming to as close to 1.5 C above pre-industrial times as possible. We are already close to 1 C of warming, and a recent report from Environment and Climate Change Canada warned this country is warming twice as fast as the rest of the world.

“Right now it is absolutely pivotal, in the lead-up to the pivotal election, that we hear what every single leader’s plan is to tackle the climate crisis,” Jackson said.

Most of Wednesday’s rallies pushing for a leaders’ debate on climate change will be outside CBC offices and studios.

Jackson said the federal commission organizing leaders’ debates this year told Our Time it’s up to broadcasters to decide what the topics will be, so rallying outside CBC is trying to hit the climate point home with the country’s public broadcaster.

Climate change has skyrocketed to the top of many lists of issues voters care about the most—particularly younger voters—and Our Time is trying to mobilize younger voters to be enough of a force that the parties have to listen to them.

Youths have traditionally been less likely to vote than in federal elections older citizens but in 2015, a surge in turnout among voters under age 35 is believed to have helped propel the Liberals into office, in part because of Prime Minister Justin Trudeau’s environment platform.

Jackson said Our Time is not supporting any one party, but is trying to ensure that the momentum of engagement and environmental activism from 2015 isn’t lost.

“Part of the Our Time movement is rooted in the understanding that this federal election people between the ages of 18 and 35 have the potential to be the single largest voting bloc,” she said. “That generation can really determine the outcome of this federal election.”

Our Time is affiliated with 350 Canada, which receives some of its funding from 350.org, a U.S.-based lobby group pushing for an end to all fossil-fuel use. Jackson said for the election campaign, its activities will be funded entirely from Canadian sources.

One of the group’s main goals is to get Canadian parties to all back the idea of a Green New Deal.

The term, which first arose in the United States, gained traction following the U.S. congressional elections last year when the Democrats won control of the House of Representatives. A version of it also exists in Quebec, called Le Pacte, and a national coalition of environment groups, unions, Indigenous associations and others developed a Canadian version earlier this year.

The idea behind a Green New Deal is to develop policies to cut greenhouse-gas emissions by half while ensuring vulnerable Canadians are protected.